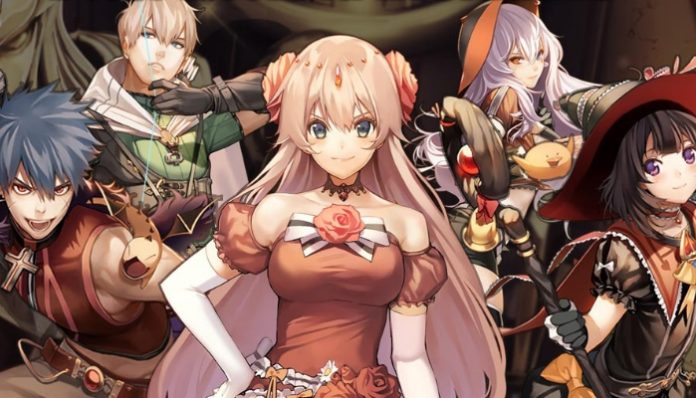 Lord of Dice is a unique blend of dicing rolling board games and strategy RPG games. Developed by Japanese studio Kakao Games, Lord of Dice brings the RPG elements to a board game adventure. Control and raise powerful heroes known as “Dicers” to discover the mystery behind the new world and help Princess Rachel! Our Lord of Dice cheats and tips will show you how to build the ultimate team of dicers.

While it’s structured like a board game, there’s a lot of mechanics in Lord of Dice that aren’t up to the luck of the roll, so we’re here to help you with those in our Lord of Dice cheats, tips and tricks strategy guide!

Watch for the items on the board!

As you move your master throughout the board, take note of all the things on the ground. There are sometimes special tiles that trigger something when you land on them, like power up your attack power and more.

The most important thing to notice though are the items. There are usually items littered around the board and they can do a variety of things from restoring your HP, granting you gold, and more! But beware – there are also bad items as well! Poison potions, enemy healing potions and more are mixed in alongside the good items so be sure not to land on them!

Unless you know what you’re exactly dealing with, it’s best to have a team of balanced Dicers. That is, you should have one Dicer from each attack type. Throughout the early game, you’ll venture through boards that have only one route. You’ll be using melee, pierce, and ranged-type attacks mostly here.

As you get further into the game or if you decide to tackle one of the event dungeons, you’ll start to run into boards that have clumped up paths. This is where attack types like whirlwind come in handy, so you’ll want to try to have Dicers that all have different attack types. You never know what you’ll run into!

Each type of special Event Dungeon requires specific tickets to enter. There are dungeons called Material Dungeons that have challenging foes in them, but these dungeons also house the materials you need to evolve your Dicers.

Once you’ve established a decent team with good attack power and HP, you can delve into the Material Dungeons. Keep in mind that the difficulty you select determines what types of rewards you can get, and if you’re looking to evolve 3-star and higher Dicers you’ll need to play at least on Normal mode to get the silver d4/6 materials.

You can also take your lesser materials and synthesize them into the better ones, but this costs a hefty amount of gold, so be sure you want to do this!

Princess Rachel will lead you down a set of beginner quests called Guide Missions at the beginning of the game. You’ll want to do all of these as they reward you with a ton of awesome stuff, including free 3-4-star summons, gems, and more. They also teach you the basics of evolving and maintaining your team, if you need to a refresher.

Dice Battles occur when your master runs into a monster on the board. This can be avoided if you can take out the monster before you reach them with ranged, pierce, and melee attacks. But if you absolutely must take monsters on in a dice battle, be prepared!

Dicers gain Battle Skills that only activate when a dice battle starts. Battle Skills tend to weigh the odds in your favor during the rolling phase of a dice battle. However, Dicers only gain the battle skills upon reaching 5-stars, so if you don’t have at least one 5-star Dicer in your team we recommend trying to avoid dice battles.

Don’t forget about your Cubes!

Cubes are basically treasure chests waiting to be opened… but that’s the hard part, waiting! Cubes need to be analyzed before they can be opened, and this can take up to several hours depending on the rarity of the cube. Before you log off for the day, be sure to check in and see if you have any cubes lying around waiting to be analyzed.

That’s all for Lord of Dice. If you have any other tips or tricks to dominate the board, let us know in the comments below!