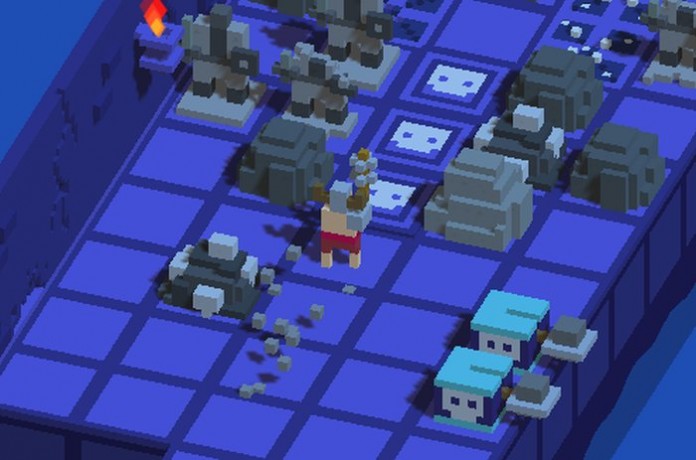 Looty Dungeon is an amazing endless dungeon crawler type of game that challenges you to overcome obstacles, defeat increasingly difficult enemies and bosses, collect money along the way and stay alive for as long as possible, all while working to unlock new heroes with unique abilities. It’s insane fun and I absolutely loved the game! I am sure you did too and if that’s the case, you might be looking for some Looty Dungeon cheats: tips & strategies to help you get further in the game, unlock all heroes and have even more fun.

And although this is mostly a skill-based game, I am here to share with you, based on my own experience, some hopefully valuable Looty Dungeon tips and tricks. Check them out below!

1. Destroy all monsters
I know that you can easily escape them to get to the door, but in this game you actually have to defeat them first in order to open the door and be allowed to get to the next level. So plan your route in such a way that you have all the monsters killed before you reach the door.

For that matter, it’s worth noting that some monsters can be destroyed by the traps in each level, some monsters will only activate (start moving) once you’re near them and others have to be carefully attacked to cause damage to them (like some bosses for example). Know your enemy, know how you can get rid of them faster and work on destroying them as fast as possible.

2. Watch ads when they matter
You can watch video ads in the game to get extra gold (100 gold per ad you watch) or in order to continue playing after you die. I would personally suggest to take advantage of the gold offer whenever you get it because the 100 gold you get allow you 4 restarts instead of just one if you watch a video after you die (because it costs 25 gold or more depending on your level to keep on playing after you die). So watch the ads when they matter in order to get the most for your time!

3. Don’t rush!
Even though you have the entire world crumbling behind you, it’s vital not to rush and do any stupid moves. Plan everything ahead and as quick as possible, but always remember that you usually have a lot more time than you think you do, and you have time for more complex moves and waiting around a bit.

4. You can destroy stuff
There are more or less things that you can destroy in each level that might help you move forward faster. Boxes, treasure chests and many other things can be destroyed, opening easy paths for you to get to the door. Try to see what type of items can be destroyed and always consider taking them out for the easy way out!

5. Choose the best hero!
Each hero plays differently and you have to try them all in order to see which one better suits your play style. The archer takes enemies from afar, but it’s a bit difficult to handle just because of that feature. The Jester attacks in three directions, but only has two health; the fairy attacks in all directions but has just one health… each hero comes with Pros and Cons and you should try playing them all, then finding which one is the best for you. Personally, I would suggest those with maximum health because they help you get as far as possible in the game.

6. Practice makes perfect
Even though each level is randomly generated each type you start a new game, you will get better simply by playing more. So make sure you do that and you’ll see that you will find it easier and easier to get to level 15, then 20 then higher. Good luck!

In the end, here is a video of me playing Looty Dungeon for the first time. I’ve come a long way since, and you will do the same too:

Do you have other tips and tricks for fellow Looty Dungeon Players? Let us know in the comment section below!