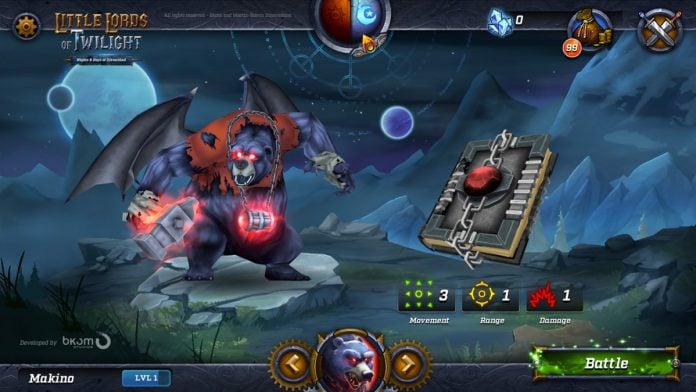 I am a huge fan of the Heroes of Might and Magic franchise, followed by the King’s Bounty series and I am always happy when I see similar games being made. And despite its extremely long name, Little Lords of Twilight: Nights & Days of Zikverland looks like a great game that fans of the aforementioned series’ (but not only) will love.

In Little Lords of Twilight, you will get familiar mechanics (like the great turn based fights, tons of collectibles and heroes) as well as new concepts like the interesting “instant-mutation” concept which turns out to be a game changer: each time the Sun hides behind one of the moons of Zikverländ and when it emerges to shine anew, you will be transformed and lent formidable powers. In other words, during a battle, enemies can change form and shape and evolve, completely changing everything and always requiring new strategies. Or at least that’s all that I get from the initial info…

Little Lords of Twilight: Nights & Days of Zikverland will be released for iOS and Android platforms sometime this fall and it will be a free-to-play title that will pit you against other human players in what will surely be an epic experience. Just check out the trailer below and you will see for yourself:

As you can see, this game not only has great gameplay and mechanics (a bit of RPG, a bit strategy and a bit card collecting), tons of weapons/spells and great heroes, but it also looks amazing, so I am sure it will be a massive hit. Keep an eye out for this one!