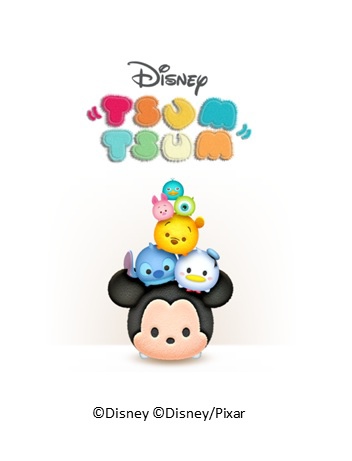 Mickey Mouse, Donald Duck, Winnie the Pooh, and more of your favorite Disney characters are all ready to play some come join the fun with our LINE: Disney Tsum Tsum cheats, tips & tricks strategy guide.

Turn on the Gyroscope!

If you’ve played another LINE game called PokoPang, Tsum Tsum is a lot like that game. See, the difference here though is that Tsum Tsum allows you use your device’s gyroscope to tilt the tsum tsums around! This can be useful sometimes as you can reposition tsum tsums that are just slightly out of reach from another group of similar tsum tsums. Alternatively, you can also tap the shuffle button a couple of times to shake up all of the tsum tsums. Be careful though as shuffling can make things really messy!

Tsum tsums can be popped at a minimum of three. Always go for big chains if you can, but also remember that if you keep chaining rapidly you’ll build up combo points, which are worth a lot. You’ll break the combo if you don’t pop another chain fast enough, so always be looking around to see if there are any three tsum tsum chains lying around so you have a backup plan if you can’t find another group of matching tsum tsums!

When you match tsum tsum groups of at least seven (six if you buy the powerup), they’ll leave behind a magical bubble. You can tap this bubble at anytime and it’ll pop the surrounding tsum tsums. This is a good method to clear out space, and it also keeps your combo going, so try to save these for when you don’t see a potential matching group! Sometimes, the magical bubbles will even spawn with a power up of some sort inside. These are really useful, especially the one that adds two extra seconds to your remaining time. So, try to aim to make as many magical bubbles as possible.

You can equip a specific Tsum to play with. Matching tsums of your equipped tsum will net you bonus points, but that’s not all! Each tsum tsum has a special power that can be activated when it’s fully charged. For example, Mickey clears out a center portion of the screen, Donald lets you clear single specific tsums, etc. If you don’t use the power and it’s fully charged when you run out of the time, you get a bonus roulette at the end that nets you bonus coins and points. Experiment with different tsums and see which one you like best!

Remember what I said about being speedy? There’s a little bar at the bottom of the screen that fills up when you match tsums. When it’s full, you enter Fever Mode, where your points are increased and there’s no time limit on your combos, so it’s your time to score big! Match like crazy!

After you hit level 3, you will unlock daily missions. Complete the objective to gain rewards. You never know what you’re going to get!

As usual, powerups can be bought to make things easier. The most useful ones in my opinion are the coin booster, timer booster, and the experience booster. They’re all useful in some way though so see which one will fit your current need!

LINE: Disney Tsum Tsum is a pleasure to play because you get to play with all of the fluffy buddies. Remember these tips, and just have fun! If you have any other suggestions or questions, leave a comment below! Until next time!