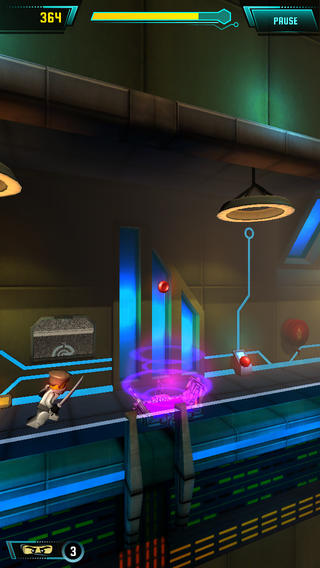 Endless runner games are pretty much everywhere nowadays. It’s not hard to see why: these games are perfect to be played on the go for just a few minutes, offering a simple yet engaging gameplay formula.

Another new endless runner game is now available for download on the App Store, a new game of the Lego franchise called Lego Ninjago Rebooted.

The game offers two different play modes: a mission based Story Mode and the classic Endless mode where the game truly becomes an endless runner game.

Lego Ninjago Rebooted is definitely not a game that tries to break new grounds but it’s very well done. If you’re looking for a new endless runner game to pass time, you may want to check out the game. Since the game is also free and doesn’t feature any fun-ruining in-app purchases, there’s really no reason to pass on this nice little title if you’re a fan of endless runner games.

Lego Ninjago Rebooted is now available for download on the App Store.