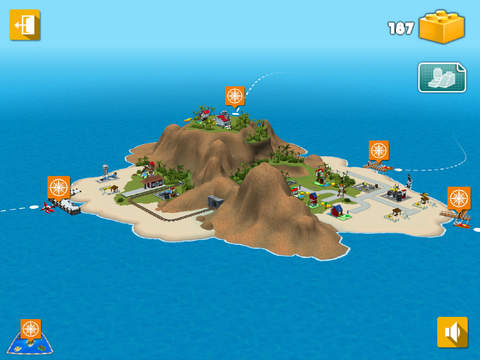 Lego fans probably know and have already played Lego Creator Islands, a browser simulation game based on the franchise. Starting today, it will finally be possible to play the game with a free app that’s been released today on the App Store. Given the nature of the game, Lego Creator Islands is only available for iPad at the moment.

Lego Creator Islands on iPad is a direct port of the browser game so there are no new real features included in it. Being a direct port, however, it will be possible to log in into your Lego ID account and transfer your data from the browser version into the iPad one.

In Lego Creator Islands, players will have total freedom in building houses, vehicles and creatures on a series of islands. Once something has been built, you will earn yellow bricks that can be used to unlock new Lego Creator Models, as well as unlocking new islands.

Even though the game is available for free, Lego Creator Islands doesn’t feature an IAP or ad so all of the game’s content can be accessed by simply playing the game.

Lego Creator Islands is now available on the App Store for free. The game is only compatible with iPads as of now.