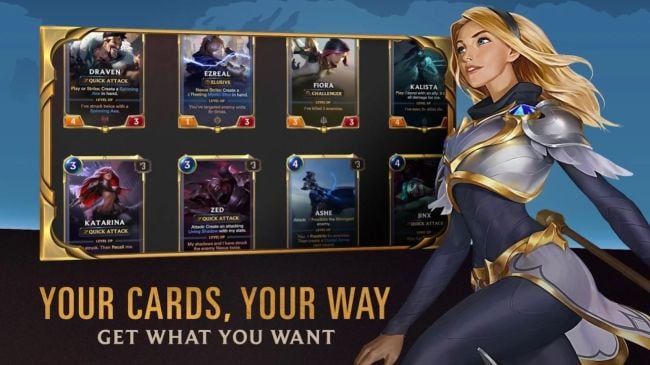 In today’s article we will cover all of the Legends of Runeterra tips and cheats to help you win more games and give you a complete game guide which will come in handy whenever you find yourself in a tough situation.

Because this is a card game (well, not exactly your typical card game) you might already know a lot of the basics of the game – but if you are a complete newbie and you want to learn everything there is to know, then this is exactly the guide for you!

But enough with the introductions – you came here to learn all of the Legends of Runeterra tips and tricks that we have for you, so let’s not waste another second and do just that!

Play through all of the tutorials first

No matter if you know how the game works already or not, you should still try to make this a top priority, not only because you are learning how to dip your toes into the game, but also get quite a lot of points towards your chests and rewards in general.

Because at the beginning it’s fairly easy to claim rewards, as the progress adds up relatively quick, it’s even better to do so by playing all of these tutorials. That way you not only polish your card playing skills even more, but also do some of the quickest games which will help you gather XP towards the rewards.

So even if you know how to play the game or not, try to make playing the tutorials a priority because they will give you plenty of EXP and with that you’ll unlock quite a few rewards, which is good for the beginning.

Change your region at any time

After finishing those tutorial games, the game will automatically select a region for you based on your most deck / cards from the default ones. Then, you will start earning EXP and rewards mostly specific to that region, but not only.

Because the Wildcards that you get as a reward can be used for any type of card / region, then it’s good to try and do as many missions which give Wildcards as possible. Every region will have 20 missions in total, and since there are 6 regions you will have more than enough missions to go through!

You can change the region that you play for when you head on to the Rewards tab and there you will see like a “refresh” button which will let you change the region. Make sure that you try to play and claim at least the first 7 missions because from that Champion Capsule you’ll be able to claim 3 Rare, 1 Epic and 1 Champion cards!

The rewards get better the more you complete and play for 1 region, so if you don’t mind farming quite a bit, then this is a great way to get good loot and cards!

Read the Meta and try to build around it

Because the game is new, there will be plenty of new strategies and tricks coming up, so depending on what cards you have you should try to read the meta and see what is considered strong at the moment.

The cards / decks that are considered meta are like that for a reason – because they help you win games much easier! They might not be the most fun to play always, but if you want to win games no matter what, then you should try to read more and discover what are some of the strongest deck setups at the moment.

Make the most out of your Rounds

Unlike in many other card games out there, the round will not end until both players have pressed the “Pass” button. That means that in the first game of the round you might be able to play a card, then in the second one a spell, and only when you don’t have any other action that you want to do the actual Round will end.

So you are not really limited to playing just a card or two every round – you can even play 4-5 if your Mana allows it! That’s why I mentioned that it is important that you play the Tutorials at the very beginning, because there you’ll get a glimpse of how this plays out!

Try to save 1 Mana each round

The game has this pretty neat feature which lets you store up Spell Mana, up to 3 points. You can do that by not spending 1 Mana during a during and having it transform into Spell Mana which is used only for casting Spells.

Try thinking it as an “investment towards some bigger plans” – and if you have the means to save up on some of that extra 1 Mana each round, then do it! After you’ve done it a couple of times (3 to be precise) you can stop and keep playing with your normal Mana cost.

Expeditions are great – just be careful with your choices!

Because of the way this works, you will not be actually using your own deck – instead, you will have to make one from scratch and try to make it work with the cards that you’re dealt.

But let me explain more in detail about it – this is how Expeditions work:

– You put together a deck by selecting cards from the ones that you’re given. There will be a total of 15 rounds of selection of cards, so think carefully and try not to pick the most expensive units there are!

– After the games, you will be met with a NPC which will offer to trade some of your cards for others – if it helps, take the offer! Otherwise, move along. Just keep in mind that the offers are a one-time-only thing and you might not get the same offer again!

– You will have to pay an “entrance” fee, but if you never played this before you will have a token to try once for free. Don’t use it yet if you are not familiar with the game and many of its cards/tactics because you might make a bad deck and you will end up wasting it.

– Each Expedition will have 7 games in total, with the seventh one being the last.

– For each game you will have 1 free lose that you can get, so you will stand a chance to get to the final round on multiple occasions. The only game that you must win in the first try though is your seventh! So make sure that you’re focused and your deck is strong when you get to that point.

– The Expeditions give some very good rewrds, which is why they are so expensive too! If you don’t have any free tokens then it will cost you 3000 Shards to try again (wich takes me to my previous point – don’t do it if you are not confident in your skills!)

My tip on Expeditions:

If you are just getting started, then try to get much more familiar with the game, because during Expeditions you might encounter cards that you haven’t played before, so you will needto adapt fairly fast.

If you don’t know the game all that well, then just wait a little bit and train and practice more. That will help you take much better decisions when it comes to not only building a deck, but also how to use it to its maximum potential.

Try sneaking in a couple of Deny spells

If you have a deck which can keep in Ionian cards, then you should definitely try to build it – and add in a couple of Deny spells. They will not only make your opponent’s life a nightmare, but also keep you alive for longer than you might think.

I stopped counting how many times an opponent has canceled my Commander Ledros skill with Deny and that pretty much ended up in me losing! So just try to put in a couple of them when you have the chance because they will make a HUGE difference – trust me on that!

Save up the Wildcards until you are sure of your choice

You can check out our deck building guide if you want to learn more tips regarding the deck building process, but you should also think about which cards it is worth investing in at start! Don’t buy cards which you will not use because you will need to farm quite a bit to get the Wildcards back, especially if it’s about Epic Wildcards!

If you want our opinion on some of the best Champion cards and their decks in the game, then you can check that out right here! Just try to also read the meta and see what are some of the strongest decks out there and try understanding the logic behind it! 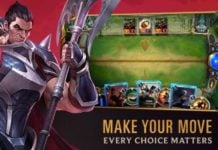 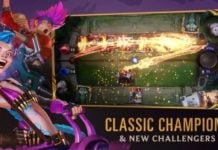 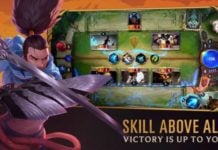