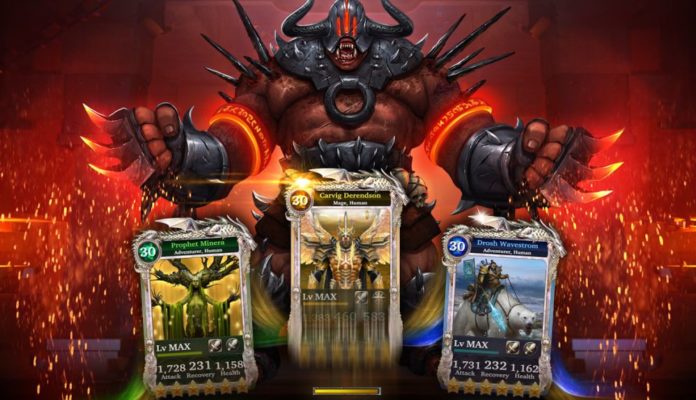 N3twork Inc. has released Legendary Game of Heroes, a fantasy puzzle RPG game for iOS and Android. Take a fantasy themed collectible card game, mash it into “Puzzle & Dragons,” and you have Legendary, a unique combination of genres.

You’ll be mixing and matching colored gems in a typical match-3 puzzle game fashion while leading a team of fearsome fighters! It’s quite the addicting game, and we’re here to help start you off with our Legendary Game of Heroes cheats, tips and tricks strategy guide.

Always take a healer card with you!

If you’re heading into unfamiliar territory, it’s wise to keep a healer hero in your team. Healer-type heroes have a heart icon on their card front, like the Flamebound Monk and the Sharhein Healer.

These heroes’ skills heal you for a certain percentage multiplied by their generally higher recovery rate. They also turn certain gems into heart gems, which can further help you recover in the event of a severe hit.

While you can rely on just heart gems most of the time, having a back up healer can sometimes mean the difference between life and death. 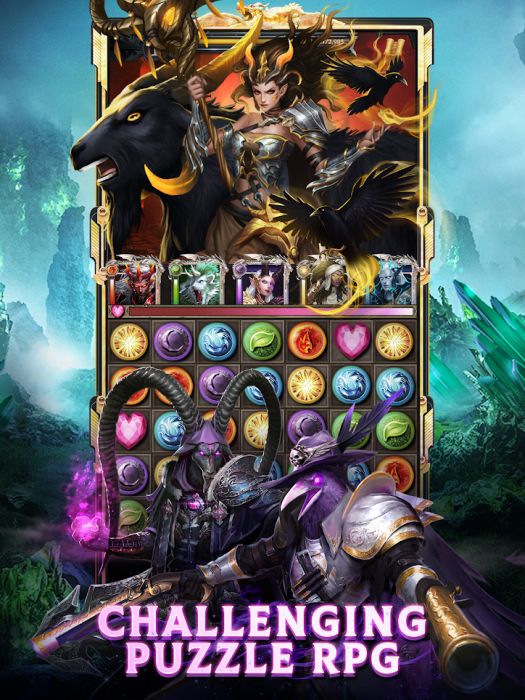 Plan out your moves!

There is no time limit when it’s your turn, so do not feel rushed to match gems. Examine the board carefully and determine where you can setup combos. Take as much time as you need, because the fewer turns you complete the level in, the more stars you’ll get at the end.

Earning all of the stars in a campaign quest nets you a nice gem reward. Remember that gems can be moved diagonally and they’re locked in place once you’ve matched them.

Don’t use too many heroes of the same element!

When venturing into a campaign level, you can get an idea of what elements you will go up against by looking at the color of the map icon. A red castle is host to many fire elemental cards, for example. 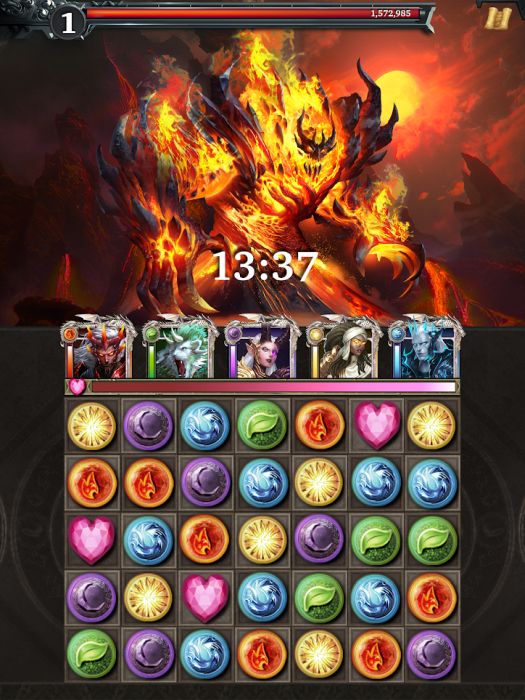 If that’s not clear enough, going into the deck selection screen will show the title of the level with an element symbol next to it. This does not mean that you will encounter nothing but fire types – it’s just what you’ll see mainly.

While you might be tempted to bring a team full of water heroes, it’s usually best to stick to a diverse group. No matter the composition of your team, you will always receive all types of element gems on the board.

If you stack too many same-type heroes, you won’t have many attacking opportunities, unless luck is on your side. It’s okay to have two or three cards of the advantageous elemental type, but no more than that. In this case, a good deck would be three water heroes, a fire hero, a dark hero, and a light hero.

You can move a gem permanently to end a combo!

Here’s a neat little trick we didn’t realize was possible until a couple levels in. When you’ve initiated a chain and your time meter is counting down, moving a gem to a non-matching position will result in the chain ending prematurely.

However, that gem you moved will remain in the spot rather than move back to its original location like usual. If you’re trying to setup a huge chain, you can utilize this trick to move some essential gems around.

That’s all for Legendary – Game of Heroes for now. Next time, we’ll have another guide for you! Until then, if you have any other tips or tricks to share, leave a comment below!