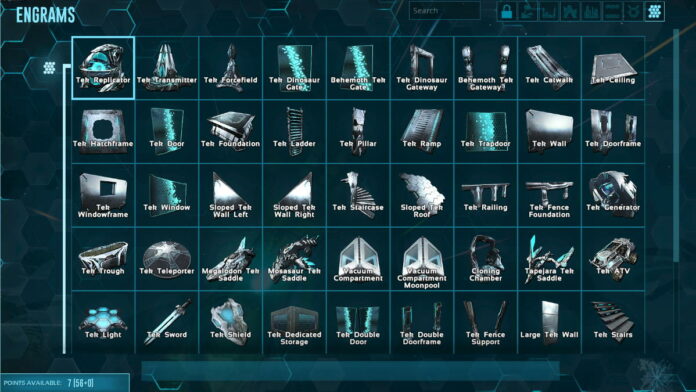 Engrams are essentially crafting recipes in ARK: Survival Evolved. Players get to pick and choose what Engrams they want to unlock every time they level up, and some Engrams have prerequisites. In addition to the normal Engrams, there are also special Tekgrams that are dropped from powerful bosses. Of course, you can also just use an admin command to get everything! We’ll show you how to learn all Tek Engrams with an admin command in ARK: Survival Evolved!

Admin Command to Learn All Tekgrams in ARK: Survival Evolved

As mentioned, Tek Engrams, or “Tekgrams,” are special crafting recipes that can only be obtained from defeating a fearsome boss. As such, the Tek stuff is some of the strongest stuff in the game, so many players seek them out.

If you can’t be bothered to seek out and slay the bosses, you can just use an admin command to immediately learn all the Tekgrams. To do so, you’ll need to bring up the admin console input field, which is done differently depending on the platform you’re playing on.

When you see a small black input box pop up at the bottom of the screen, you’re ready to input a command. The command to learn all Tekgrams is:

Type it exactly like that, then hit enter or whatever your accept key is. You shouldn’t get a notification or anything, but check your Engrams screen, and you should find all the Tekgrams there.

Since some bosses in ARK: Survival Evolved can be brutal without proper planning, this is a quick and easy way to mess around with the Tekgrams without having to put in the effort of actually obtaining them.