Home Guides League of Wonderland: Best Cards in the Game 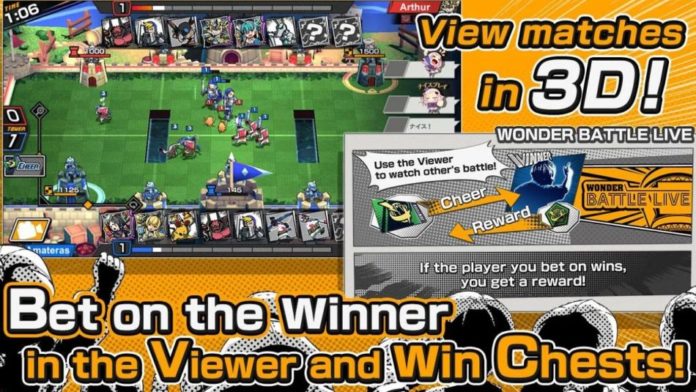 Are you curious about which are the best cards in League of Wonderland? Well then, look no further because we are going to share with you all of the best cards in the game and give you some details on how they are used!

By now you probably checked out our game guide, where we are sharing all of the battle tips and tricks that we have and sharing with you how to build a good deck, so make sure that you check out if yo haven’t because it will teach you a couple of tricks which you can then take on to the battlefield!

You probably know that there are a few types of cards in the game, and those are: Draw, Units, Buildings and Towers. So let’s not waste another second and dive right into the League of Wonderland best cards in the game:

Damages up to 3 enemies with the highest HP within the targeted area of effect and stuns them. He does quite a lot of damage, but he also costs 7 MP, so it is a little difficult to deploy him easily in the beginning.

Shoots out a freeform non-piercing attack that explodes and damages on impact. He costs 5 MP so it is not super difficult to deploy him, and is damage is also pretty good.

Damages enemies within the targeted area of effect and stuns them. She only costs 2 MP so it’s a very powerful unit to send out for such a low cost. She can basically stun the enemies non stop if you manage to draw her over and over again.

Dashes straight in the direction of the drawn line and damages all enemies along the way, then performs an area attack that damages enemies and sends them flying. He costs 4 MP so it’s not expensive at all to send him out in the game, especially after 1 minute of battle has passed.

She will spawn card swordsmen in the targeted area. It’s a fairly good unit, as she costs only 3 MP to use and she also comes with her own card units, so I would argue that it is a pretty decent card.

Boosts the speed of all allies within the targeted area of effect. He costs 5 MP, but for that buff, if you manage to deploy him along with other powerful units, they will get to the enemy towers in a very short time and that can be super useful in taking down the enemy fast.

Freezes all enemies within the targeted area of effect. She costs 4 MP, and she will provide some quite useful crowd control to the team, so I would suggest using her if you want to add some CC to stop enemy units.

Dashes straight in the direction of the drawn line, damages all enemies along the way and sends them flying. For a 3 MP unit, it is very good because it will help your team advance quicker and easier.

Continuously heals HP of allies within the targeted area of effect. It costs 2 MP, so I would suggest that you deploy him along with a tank or some other powerful hero to keep that hero alive for longer! It’s a very very good unit!

– Single unit, costs 6 MP and is a tanky unit which will burst down the tower once it reaches it, because of its damage. It also deals a ton of damage upon death!

– 10 Units, costs 3 MP and they are extremely quick on the ground. They are not super powerful, but they do have power in numbers!

– It’s a single unit, but it is fast and it has a crazy high damage. If you manage to clear a path for him, he will rush to the tower and chip it down in a couple of seconds. He costs 3 MP.

– A single unit with 4 MP cost, it is very fast and it will rush straight to the tower, ignoring all other units in the way. It’s best to have some units ahead of him to tank the enemies that get sent out to intercept him, because once he reaches the enemy tower, he is super powerful.

– Single unit, it will rush to the towers, but it is super slow. It also has a very high cost of 8 MP, but it has a ton of health. If you can afford to add it to your deck, it is a very good unit to place in front of the enemy towers and start taking them down slow and steady.

– 3 units, they are fast and they will rush straight to the enemy towers, ignoring all other units. They have a low cost of 3 MP, so they are definitely good to add to your deck.

– Places a Wooden Ballista which lasts for 50 seconds and attacks enemies which come into range. It’s good to place around your castle to defend it. The cost is 5 MP.

– Places down the Ygg Drasil, the tree of life, which will speed up the MP gain for 60 seconds (as long as it lasts). It costs 5 MP so it’s definitely a good choice.

There are four tower cards, and those are: ATK, HP, MP and Minion.

– ATK tower will help on the battlefield by attacking itself!

– HP tower will boost the HP of one tower by quite a lot, making it harder to take down.

– MP tower will boost the rate at which MP is generated, so it will make it easier to deploy higher cost cards.

– Minion tower will deploy an extra minion, which can be a very useful thing is you want to overwhelm your enemy!

These would be our picks for the best cards in League of Wonderland! Which are some of your best choices of cards and why? Share them down in the comments section below! 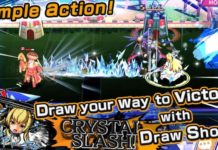 League of Wonderland Cheats: Tips & Guide to Win All Battles