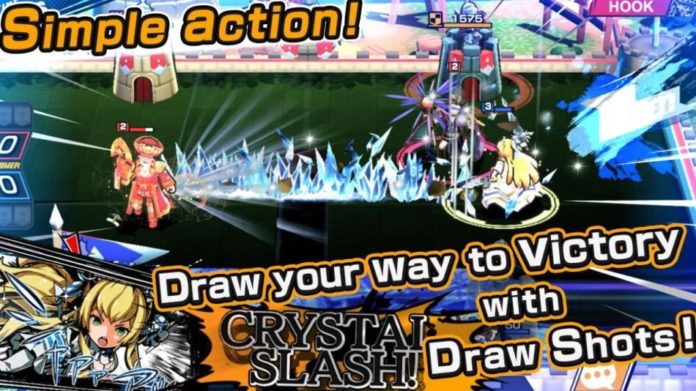 In today’s article we are going to cover all of the League of Wonderland tips and cheats that we gathered so far and share them with you, so that you can learn them too and use them when battling the opponents!

In this game you will have not only super colorful and animated graphics, but also a super fun card games where you need to overtake your enemy in a matter of 2 minutes! We are going to show you all that we know about the game and how to win the battles easier, so let me show you all that you need to know right here below!

So without further ado, let’s dive right into the League of Wonderland tips and tricks right here below!

The game has a few basic guidelines that it follows, so if you want to learn how you can improve, you should first and foremost pay close attention to these and try to remember them, because even though they are super basic stuff, if you know master the basics, you can basically learn to master the game!

So I will list them all here below, so try to keep them in mind:

– A normal game lasts 2 minutes, and that will be 2 real time minutes (since the players will battle in real time).

– When the battle starts, each player will have 3 towers, and the goal of the game is to destroy 2 of them ASAP!

– If at the end of the 2 minute mark, both players are tied, then the game will go into overtime for 1 extra minute, where the player who destroys the next tower automatically wins.

– If even after the overtime of 1 minute the players are still tied, the game will end in a draw!

– Your MP will regenerate over time, but it will not exceed 10, so make sure that you use it before it reaches 10 (otherwise, the extra time you spend will be wasted instead of regenerating MP for you).

– After 1 minute into battle, the game will go into Hyper Time, which means that the MP regen is doubled, and the minions spawned from the towers will spawn twice as fast.

– You will receive for free Card Packs when you win matches.

– All cards will earn Mastery when using them, after each battle in Master League, and when the Mastery gauge is full on a card, you will receive 1 of that card to increase its level (this has a daily limit though).

Attack the towers with the lowest HP first

You will notice that one of the three towers that you have (and your enemy has) will have a bigger health bar than the rest. That means that the tower’s HP is higher than the others! I would suggest that since that is the case, it will be more difficult to take down that tower, so you should try to aim at the other two!

Therefore, one of the things that will most definitely make it easier for you to win games, will be to focus on the lower HP towers firstly. That is basically every opponent’s weakness, so try to abuse it as much as you can, because if you want to climb up the rankings, then you need to take down tons of enemies, and that is the safest way!

Deploy your minions to counter your opponent

Whenever you are deploying your own minions, you should pay close attention to your opponent’s so that you can deploy yours in such a way that you are countering theirs. You can wait until they deploy the minions first, and then as soon as they start deploying their troops, you can send out yours to intercept them!

If you are very confident in your troops’s power, then you can deploy them as you wish, but just make sure that you will have enough MP to counter the enemy’s troops which are being sent out.

That is, of course, because the two minions which your tower will send out will probably not be able to take on a whole troop sent by your opponent – therefore I suggest that you always try to intercept the heroes that they send out by sending yourself some heroes!

Get your daily items from the shop!

Every single day you will be able to claim from the shop some free stuff, which are going to help you quite a bit in getting more, and better cards all throughout the game!

All that you really have to do is head on to the Shop and check in the first tab, the Daily Items. There you can claim every single day some free items, such as Keys and Tickets, which are used to open more chests and claim heroes.

I suggest that you check out the store every single day, because you never know when it might come in handy quite a bit while you are trying to achieve better cards!

Make your own deck!

You can try out different deck builds by selecting a card and then selecting from the left side of the screen the option which will appear Auto Edit. That option will show you the possible variants that the game chooses for a certain card to place in a deck, but you really don’t have to follow that if you don’t want to.

I would suggest that you make your own deck as you please, but take into consideration what the game chooses for you, because it chooses those for a reason (they might combo well together). So the best way that I like to go about this, is to choose a few cards which I really like and place them in my deck.

Tips for making a better deck:

– Choose at least one tank to soak a lot of the damage that the enemy will shoot at you (I prefer the King Clown).

– Choose some cheap units that you can spam (2-3 cost – preferably 2) because you can use these to intercept enemy units and heroes.

– Have at least one powerful hero which you can send out to fight enemy’s heroes when they deploy them. Also, try to have a hero which is not crazy expensive, because at the very start you can be sure that the enemy will send out their hero – so try to choose a hero with costs from 3-5.

– Use minions which pack up quite a big pack (because there is strength in numbers of course).

– Try to have at least 1 unit which packs a good punch and is not super expensive, because you can try to sneak them onto the enemy towers whenever they don’t have any heroes defending them.

I always like to have Pig Boss because he will rush straight to the tower, and he will do quite a lot of damage. Also, the Werewolf is pretty good in my opinion if you manage to sneak him past some enemy troops, since his attack is very high and he is a cheap unit.

Make your deck cost as low as possible

Now I don’t mean using only 2-3 cost units, but try to keep your deck average cost pretty low because then you will be able to deploy the troops much faster, since your MP will regenerate faster!

I would suggest having an average cost of MP for the deck between 3-4 (mine is 3.5) because then it means that if you manage to make it past the 1 minute mark, the game will get better for you. The lower the average cost of your deck, the better it will be for the early game, since the MP regen then is pretty low, so the lower your units will cost, the sooner you will be able to deploy them.

Open the chests that you get from fighting

After you fight the PvP battles you will receive various chests containing cards! These chests will take a few minutes to open, so I suggest that you try to always open them as soon as you get them! That is because you can store a maximum of 5 chests at once, and anything you get past that will go to waste!

So in my opinion it is the best if you start by opening the chests which take the lowest time to open, such as the chests which will open in 1 minute, and then move on to the next ones! Do this and you will be able to claim a lot of cards which you can use to level up the cards that you currently own!

The more cards of a kind you get, the more you are able to upgrade said card! Basically in order to make a card level 2, you will need to get that card one more time! this will go on, but the most common cards that you will get are not the WR ones, but the R and lower rarity cards!

No matter which ones you get, I suggest that you start upgrading all of them, because the moment that you decide to use the cards they will be at the maximum power! If you are struggling with the Gold however, I suggest upgrading the cards that you use mostly first, and then moving on to the ones which you don’t really use!

These would be all of our League of Wonderland tips and tricks that we have for you right now! Do you know some more useful game tips and battle strategies? Share them with us and with the rest of the players by leaving them down in the comments section below! 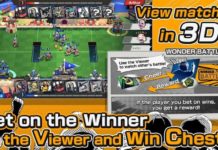 League of Wonderland: Best Cards in the Game