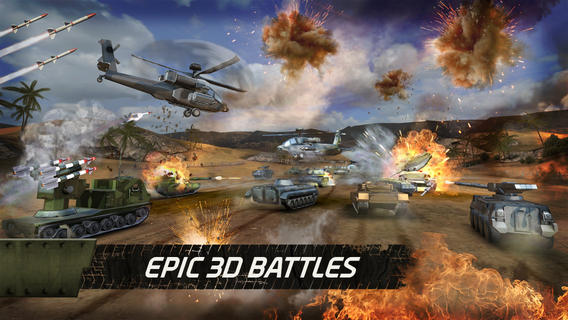 If you’re one of those gamers who cannot be away from the battlefield for long, these League Of War tips and tricks will surely help you survive the dangers of war.

League of War is a defense style game developed by Funzio. The game comes with some interesting twists that take advantage of the game’s setting, which is a modern warfare one. We have seen plenty of defense style games in the past few months but not many featuring a modern setting so this feels quite refreshing in a way.

Being a strategy game, League of War is not a really simple game and it’s very easy to fail during the game if the gamer doesn’t possess a solid understanding of its mechanics. Since we’re too good to leave fellow gamers to die on the battlefield, we have gathered some tips and tricks that will help you during the course of the game.

In League of War, upgrading Supply Lines is the most important thing to do as far as upgrading is concerned. It may not seem to useful in the beginning but you’ll realize soon that the boosts are well worth the effort

Being a strategy focused game, you don’t have any reason to rush your decisions during the game. On the contrary, it’s always better to wait and see what the enemy is doing and counter the move with an effective one. Always keep an eye on what the enemy is dropping so that you can drop a unit that’s effective against the one the enemy has just dropped.

For this reason, it’s really nice to always have some hybrid units on hand, as they will be effective against two unit types. This will allow you to save resources and be way more effective. Don’t neglect using the other unit types, though, as hybrids still need some solid backup to be effective.

Some of the later missions may prove to be way more difficult than anticipated so don’t be shy about grinding a bit before trying to complete them. By doing so you will be able to obtain some extra resources that will be very important in upgrading your units.

Grinding and upgrading go hand in hand in League of War. Make sure to always upgrade you units as much as possible since their effectivesness raises quite a bit with each upgrade. By replaying missions and Covert Ops, you will get so many cards that you won’t have to worry about making decisions when upgrading.