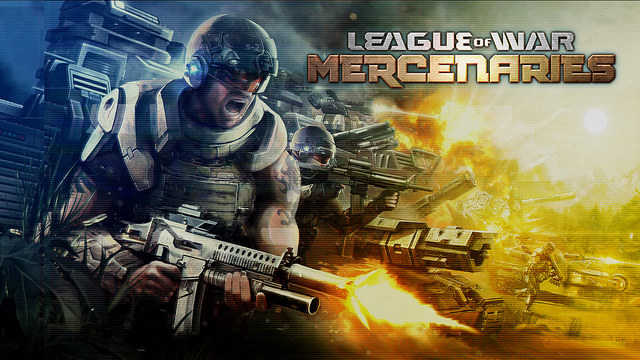 We’re back today with another war/tower defense game: League of War: Mercenaries! In this game, you will build an army and fight to conquer the world in an all-out war. Battles in this game play out on one lane. Your base builds up resources over time, then you can deploy units that you’ve brought with you. Knowing which units to deploy and when to do it is key to victory, so strategy is important! We’re here with our League of War: Mercenaries cheats, tips and tricks strategy guide to help you become the best commander!

1. Use low cost units at the start!

You’ll quickly learn that getting an early advantage in a match often leads to victory, so the key to most matches is to rush your opponent at the beginning. This means sending out as many cheap units as possible, while still maintaining the push on your opponent. Because your resource generation is low at the beginning of a match, it’s harder for your opponent to fight back once you get the upper hand. They’ll be constantly fighting an uphill battle until all is lost!

During the campaign levels, you have the advantage of being able to see what units the enemy has before you actually start the battle. Remember the manufacturer triangle: it’s important to winning the battle!

The best strategy we’ve come up with to gain an early advantage is to wait at the very beginning of a match. Wait until your foe deploys their first unit, then deploy your own that is strong against whatever they have. Right off the bat this should give you a little ground on them, so just continue this trend. Eventually you’ll be able to push in and once the resource generation gets to the fourth or fifth level, you should be able to clear it out!

4. Open the chests in the officer’s club!

In the officer’s club, you can open up a free chest every couple of hours or so. These chests usually contain a new unit, ranging from 1 to 2 stars. Don’t skip out on these! You need different units from each manufacturer to make sure your army stays flexible. We recommend enabling notifications for this game so that you know when you can open your next free chest. On top of that, completing campaigns levels will reward you with campaign keys. Once you have 10 of them, you can open a campaign chest, which has up to 3-star units!

You know the drill here! Assignments are essentially quests. You complete an objective and you earn rewards. You should always be working towards these, especially since you can only have one construction happening at once. The most efficient use of your time will come from you being able to build things as soon as they’re ready. If you’re ever unsure of what to build next, you can just take a look at the assignments and see what you haven’t done yet. It’s handy!

6. Research as much as possible!

Always have a research queued up! Researching new abilities provides passive bonuses to all your units that are always in effect. Obviously, the more of these you have, the better your army will be. These bonuses include things like critical chance increase, ability improvements, and more. Keep researching and don’t stop!!

That’s all for League of War: Mercenaries. If you have any other tips or tricks to share, leave a comment below!