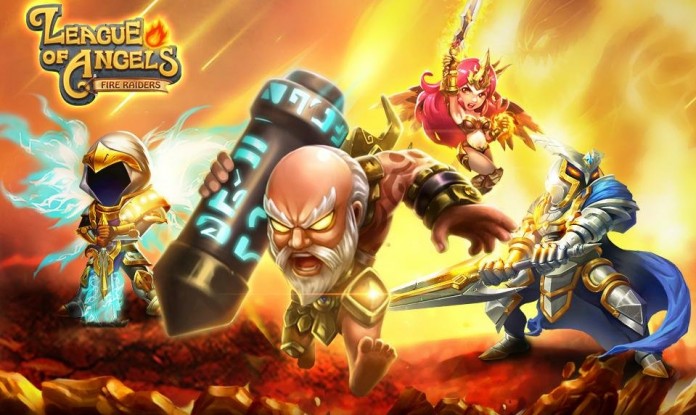 Princess Lizeea has been forced out of her castle by the Demon King’s forces. With only a few of her loyal soldiers remaining, she must scour the lands in search of new comrades to build up an army strong enough to take back the throne! League of Angels – Fire Raiders is a strategic action RPG that lets you command a band of heroes and even a mythical angel to fight back the forces of evil. We will help you take down the Demon King with our League of Angels – Fire Raiders cheats, tips and tricks strategy guide!

Getting through a level without letting any of your heroes fall in combat nets you three stars for that level. The amount of stars you get has a small affect on your gold received, but more importantly getting three stars unlocks Blitz mode for that level. Blitz mode allows you to complete a level and get all of the possible drops without actually having to play through the level. It becomes a huge time saver later on when you’re trying to search for specific equipment pieces, so try to unlock it for every level! Vienna, the staring angel, has a group heal that you can utilize for emergencies.

2. Come back later once you’re powered up!

With that said, don’t worry if you can’t get all three stars on your first run through a level. Sometimes your heroes just won’t be strong enough to withstand the fight, but don’t fret. Just come back later once you’ve powered up some more and you’ll be able to take down the enemies a lot easier.

3. Keep your heroes trained if you leave!

When you’re done actively playing the game, be sure to leave some heroes in your training slot. You start with three slots and more can be unlocked with diamonds. When heroes or angels are placed in these slots, they will receive experience over time. There doesn’t seem to be any kind of cap to the experience they receive, so don’t forget to stick some heroes in here! Also, they will receive experience even if you’re playing the game as well, so you should never have these slots empty! It costs 500 diamonds to unlock an extra slot, and you will earn that pretty easily if you keep collecting the free rewards.

4. Collect all the free stuff!

We’ll tell you now, League of Angels is very enthusiastic about rewarding you for everything you do. To start off, there are quests you can do. Once you complete the objective, you can collect a nice gold and experience reward in the Quests menu. Sometimes you’ll even get diamonds! Next are achievements. They’re just like quests, except the things you need to accomplish are more long-term, like collect a certain amount of heroes and such. You collect the rewards in the same section as the Quest rewards. Next, we have the “Gift” section. On the main menu, at the top left menu, you’ll see gift. These are the consecutive log in bonuses; every day you launch the game, you can collect a reward here. Be sure not to miss a day, or else it’ll reset to the first tier. Next are the “Event” rewards. There will be events that run through a certain time period, and if you can complete objectives within them, you’ll earn goodies! Finally, we have the “Check-in” rewards. It’s sort of like the Gift rewards, where you need to log in for consecutive days, but this goes on for the whole month. If you can stay on top of all this and collect all of the rewards, you will be swimming in gold, diamonds, and stamina.

You’ll be stuck with your starting angel, Vienna, for quite some time, so it’s best to upgrade her as much as you can. You can upgrade her two active abilities and her passive ability. Compared to the prices for upgrading your heroes, the prices for Vienna are extremely low, so you should upgrade as much as possible. If you collect all the free goodies, you’ll have more than enough gold. It’s especially important to upgrade the passive ability, Divine Contract – this ability gives an attack boost to all your heroes at the beginning of a level.

Getting trumped by the forces of evil? It’s time to beef up your heroes! Each hero has six equipment slots, some of which need to be filled with crafted equipment. In order to do that, you need to find the base pieces. You can tap on a equipment slot to see where you can find the base pieces. Once you have all 6 equipment slots filled for a hero, you can fuse the equipment with the hero to promote them. Promotion grants the hero a significant boost in stats and unlocks new abilities. This is where the Blitz feature comes in handy, as you can complete levels with the swift tap of a button press!

After a couple levels, you will unlock the option to play Elite mode. You will go through the same levels as you did in normal mode, but the enemies are much stronger. That also means that the loot is a lot better! After you’ve assembled a full team and they’re powered up quite a bit, try tackling some elite levels. Some hero and angel soulstones can only be obtained from elite levels!

League of Angels is a deep game, so we’ll be back soon with another location guide on how to get all of the heroes. If you’ve got any other tips or strategies to share, leave a comment below! 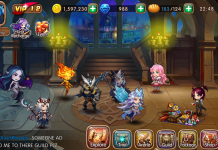 League of Angels – Fire Raiders Cheats: Tips & Strategy Guide to Getting All Heroes 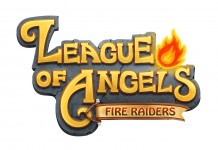