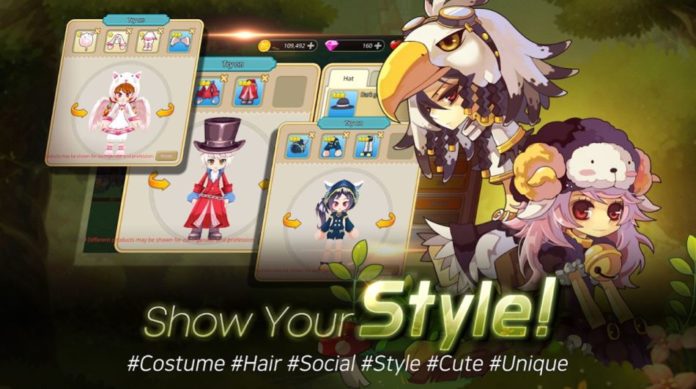 In today’s article we are going to share with you everything you need to know about the classes in LaTale W and help you pick the best one suited for you since you first open the game and detail more about the ascension path that the each of the classes have.

So whether you are new to the game or you are already an experienced RPG player, we are still going to give you an insight on what each class excels in and how it’s best played! Are you ready? Then let’s dive right into the LaTale W classes guide! 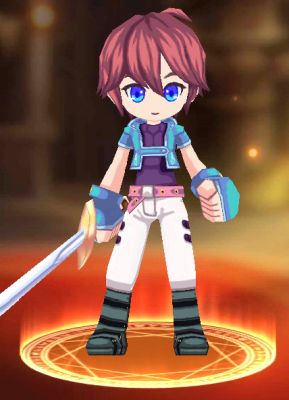 The Warrior is a melee class that specializes in wielding two-handed powerful weapons and have a pretty high health pool, as well as attack damage.

They are the basic class which can then be upgraded into one of the two powerful classes, Warlord or Blader, each carrying unique and more powerful traits.

Warlord: Their attack is the highest out of the upgraded classes, but they have a lower defense than the Blader to help balance things out a little bit. They are the most powerful fighters, leading every battle head on.

Blader: The Blader is a super powerful class also upgraded from the Warrior, which has a higher defense than the Warlord, but also a super high Attack, which makes their dual blade wielding skills deadly onto the battlefield.

In my opinion the best upgrade path for the Warrior class is the Blader, which has high attack and defense, and especially if you are new to the game, this can be way more helpful and goof for keeping you alive and well. 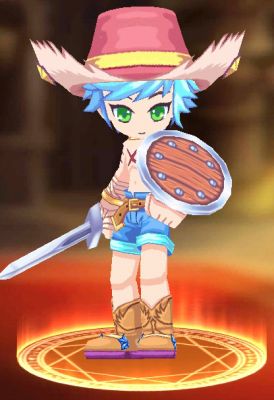 The Knight in shiny armor is living up to the expectations, having a powerful shield and (not quite) powerful sword. Their stats are balanced, but their defense is overall high because they are a defensive class. They have melee damage and they will be very easy to handle especially through the early game.

As for the late game, you will need quite a bit of investment to make their gears powerful and further increase those defensive stats, but nonetheless they are going to be a good and safe class to play.

Templar: They are the foundation stone for the team, being able to mitigate huge amounts of damage from their team mates, and assisting them whenever an extra shield is needed.

They are the “upgraded Knight”, which basically means that their strong sword and shield get even stronger and allow them to protect the allies much better throughout the game.

Guardian: This class upgrade is basically the “aggressive Knight” because their defense, while still being quite high, is also balanced with their attack.

While they dropped the typical Knight shield, they also dropped a little in defense, but their attack is way higher than the typical Knight’s or Templar’s, so they will make for something similar to the Blader but with lower attack.

In my opinion the best Knight class upgrade is the Templar, but depending on your play style, the Guardian could be decent as well. I choose the Templar here because it is a true tank through and through and they are no half-measures.

While the Guardian could be good considering it is pretty good in attack and also has a Knight’s defense, if you want to go for something with high attack, I don’t suggest going Knight in the first place, but rather Warrior. 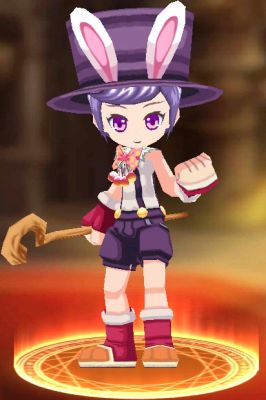 The Wizard is one of the strongest classes in game, rocking a super high attack damage from even before choosing a class upgrade. However, the pay for having such high attack is the low health pool, which makes them way more vulnerable to incoming attacks.

Their attacks are ranged and they deal a ton of damage which is ideally targeted to kill the monsters before they reach the Wizard, because due to their low health they will not be able to tank too many attacks.

Sorcerer: The Sorcerer follows in the footsteps of the classical Wizard, further increasing this (already) high damage and allowing them to control the elements of nature in order to send strong spells at the enemies.

While their health pool isn’t really increasing much, they are still quite good and if wielded properly will carry you through all the game’s content.

Bard: Now we are going to go a little off-rail from the classic Wizard path and move to the more non-Wizardy class, the Bard.

Even if they still wield a staff, they are not really there to damage the enemies (not too much at least) but rather to offer support and increase their team mates’ powers.

Since they are two totally different classes, it all depends on the style of playing that you are used to, because the Bard is not as effective in battles as the Sorcerer is, but it will definitely beat the Sorcerer in terms of supporting.

So if you like being a support and are used to the play style, then you will have no problem choosing this class upgrade, but otherwise, I would advise you go for the Sorcerer as it is better in terms of damage dealing and it’s overall easier to just kill the enemies and carry yourself through the quests. 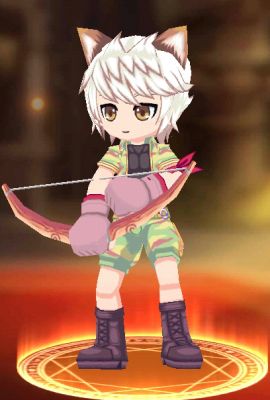 The Explorer is the equivalent of an archer class which (obviously) wields a bow and deals ranged damage – and quite lots of it while we’re at that.

They don’t have a ton of defense, as they are ranged and rely on killing the enemies before they reach them, but they are nowhere near as weak (defense wise) as the Wizards.

Treasure Hunter: The Treasure Hunters are natural born hunters who seek to aim their high damage dealing bows at everything that can fetch a good Ely.

They have quite high attack and medium defense, but they have a fun kit to play with and if you like ranged classes which are not Wizards, you might enjoy this one quite a lot.

Gunslinger: When you think of a Gunslinger, you could imagine a cute little cowboy combined with an archer and… that’s about it. Their attacks are super powerful (one of the highest attacks in game) and they are also quite easy to play.

Their defensive skills are pretty decent, so you will not be killed instantly even if you get run over by a bunch of enemies!

In my opinion you will have a ton more fun playing Gunslinger than you could imagine, because they deal a lot of damage and can extinguish enemies in a matter of seconds. While their defense is also pretty good, you will have a better time playing this even if you are a beginner.

This would be it for our LaTale W classes guide! Don’t forget to check out our game guide to learn more about the game and get better at it, as well as learn how to level up fast. Also, let us know down in the comments below which class is your favorite and why! 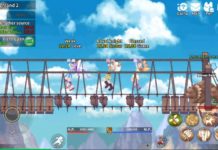 LaTale W Cheats: Tips & Guide to Pass All Stages and Level Up Fast