Home Guides Lastronaut Cheats: Tips & Strategy Guide to Get as Far as Possible 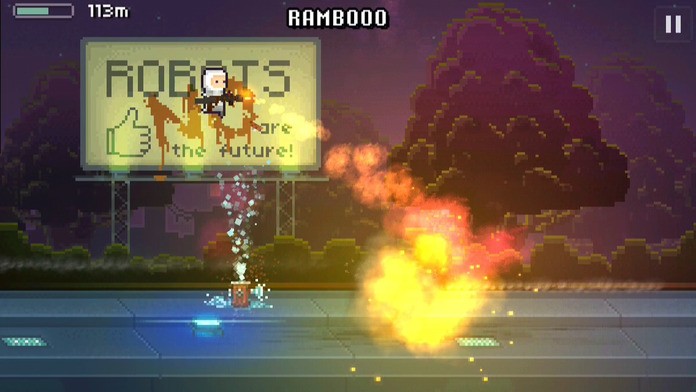 Released last week, Lastronaut is starting to gain some popularity these days and for all the right reasons: it’s an easy to play, fast paced post-apocalyptic title with endless runner mechanics and tons of fun weapons to own and fire. And even though there’s not really that much in terms of strategy and complexity, Lastronaut still proves to be a really addictive game and we’re here to try and help make that experience a bit more pleasant by sharing with you a bunch of Lastronaut cheats and tips so that you can get as far as possible.

The most important element of the game is your own skill, but there are a few other things to take into account of playing – things you might already know about, but we’re writing them down anyway and encouraging you to read them, maybe you find something new that will help you get better. So let’s not waste any time and let’s check out below Touch Tap Play’s Lastronaut tips and strategies for a better score!

1. Stick to your favorite weapon!
There are several types of weapons available in the game and some are better than the others. Personally, I consider the Flame Thrower the best weapon, closely followed by the shotgun. On the opposite side, I had the least success with the laser and I go crazy every time I get that.

You start with a random weapon each time and you can change them by collecting the gas bottles that get parachuted in randomly. Only collect them if you have a weapon you don’t like, otherwise stick to your favorite weapon for as long as possible!

2. Keep the spaceships alive!
I don’t really know how to call the ships that keep following you and dropping bombs on the ground, but one thing is pretty clear: you should not hurry to take those down because when they’re on screen, the other missiles rarely appear to bug you. In other words, you can cover some nice distance at lower risks, so try to keep those spaceships alive for as long as possible, but if things get heated, take them out and wait for the next one!

3. Jump and fire in advance
Even though there are moment when you have to strategize a bit in Lastronaut, usually it’s skill based gameplay that we’re talking about and mindless shooting and jumping. So do exactly as required to increase your chances of surviving for as long as possible: jump constantly, firing at all times, trying to cover as much of the screen as possible. The more you cover, the more and easier you’ll take out the incoming missiles and have a clear way ahead.

Except for these things, it’s a lot luck involved and some skill as well. But if you have other Lastronaut tips and tricks to share with us, don’t hesitate to let us know by commenting below! 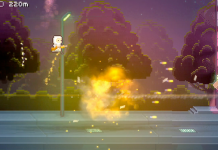