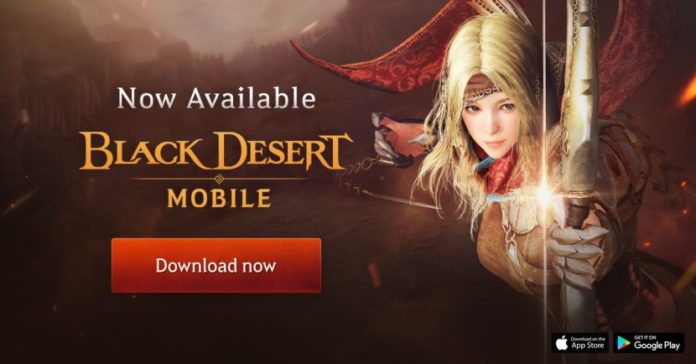 Balancing a deep world with high-fidelity graphics can be tricky to pull off, but that hasn’t stopped Black Desert Mobile from doing exactly that, securing over 4.5 million pre-registrations as a result. This new fully-fledged MMORPG for mobile has now officially launched today for iOS and Android, meaning players on both devices can embark on their own sprawling high-fantasy adventure today.

The rich epicness of Black Desert Mobile combines cutting-edge visuals with fast-paced combat, casting you as one of five classes at launch that all play differently. You’ll undertake quests and continuously level up, but if ever you’re too busy to give the game your full attention, a cool feature seldomn seen in other MMORPGs is the game’s Black Spirit mode. Simply turn this on to run in the background of your device and you’ll gain rewards and XP – it works for up to three hours a day.

Whether working alone or as part of a team, Black Desert Online will see you engage in combat entirely in real-time, fighting off rival factions and world bosses in a bid to bring peace back to the land.

Harder quests will unlock over time, allowing you to personalise your own camp and then hold your own within the game’s 3 on 3 PvP mode. Life Skills add further content to Black Desert Online’s world, having you perform such tasks as fishing, trading and fabric dyeing to earn currency.

However, if you’re one of the 4.5 million people to have already registered your interest in Black Desert Online’s sprawling world, developer Pearl Abyss is giving you a nice head start on the action with a slew of special in-game rewards.

Even better, though, being an Amazon Prime member will also see you gifted with some goodies. Simply log in to your Prime account using the in-game event tab and the Lollypop Glasses, Good Black Stones and more can be yours.

Lose yourself within a world of deep lore, impressive graphics and intuitive combat. The MMORPG greatness of Black Desert Online is free to download now from the Google Play and App Store.