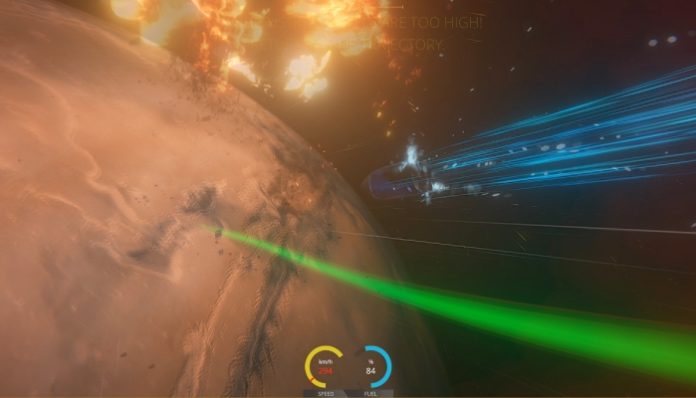 The time has finally come: Earth is nearly out of natural resources, and global panic has thrown the world into chaos. In order to preserve humankind and push for advancement, all major powers of the world have rallied under one goal: colonize the worlds of the Inner Solar System and usher in the age of the Solar Era.

Solar Explorer: New Dawn is a semi-realistic arcade landing game where you are in charge of piloting one of the lunar ships safely onto new planets. Humanity depends on you, so buckle down and get ready to land like you have never landed before!

Players will take own missions assigned by the United Nations to safely transport colonists to different planets across the Inner Solar System. Completing missions will increase your funding, allowing you to customize your lander, including part placement and special skins.

Even though this game features arcade action, make no mistake: Solar Explorer: New Dawn uses semi-realistic physics so the actual usage of your lander parts matters! Your lander will move depending on where you have put your boosters, so make sure everything is secure before you take off.

With six different alien worlds and procedurally generated missions, no two landing sequences are ever the same. The fate of humankind’s future is in your hands – ready to land? Solar Explorer: New Dawn is available now on the App Store for 2.99 USD.