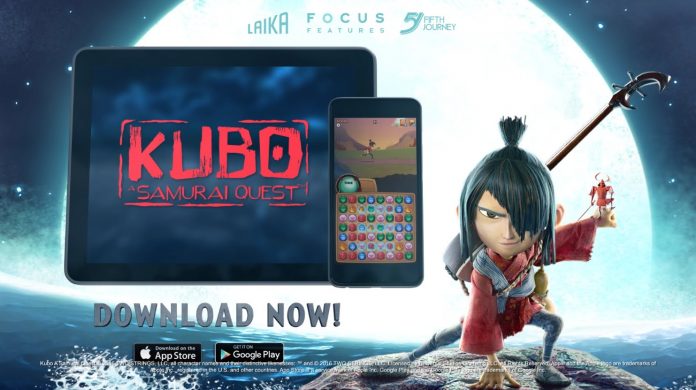 Movie tie-in games are pretty popular nowadays, so it’s no surprise the latest animated hit joined in on the fun. Enter Kubo: A Samurai Quest! Join Kubo on his quest to become the ultimate shamisen-wielding samurai in this match-3 puzzle quest. This game features an all new side story to accompany the movie, so if you haven’t had enough of Kubo, let’s dive right into the game!

Whether you’re a fan of match-3 puzzle games or Kubo, there’s a lot to play with here so let’s get started with our Kubo: A Samurai Quest cheats, tips and tricks strategy guide!

1. Super attacks are too dangerous!

One important thing to note though is that magic charge is carried over from creature to creature. If you charge up your first creature’s super attack but it falls, your next creature will retain the amount of charge. If this risk is worth it enough to you, keep it in mind!

2. Match charms near the bottom!

If your board is a bit lacking in potential charm matches, you can try to bring a bunch of new charms. You can do this by making matches near the bottom of the board, because that area creates the most space for new charms to drop in. If you can setup a big reaction near the bottom, you’ll have lots of space for new charms. This is important because once you get to Chapter 2, the score requirements to beat the levels spikes incredibly high, and if you’re not matching special charms every other two moves or so, you’ll be hard pressed for points.

3. Stick to the objective!

Going off of the above tip, this game has a very sudden and high difficulty spike. Chapter 2 will have you scrambling to finish the level’s objective if you’re not diligent enough!

That’s all for Kubo: A Samurai Quest. If you have any other tips or tricks to share, leave a comment below!