Home Guides Knights and Glory Cheats: Tips & Guide to Win All Your Battles 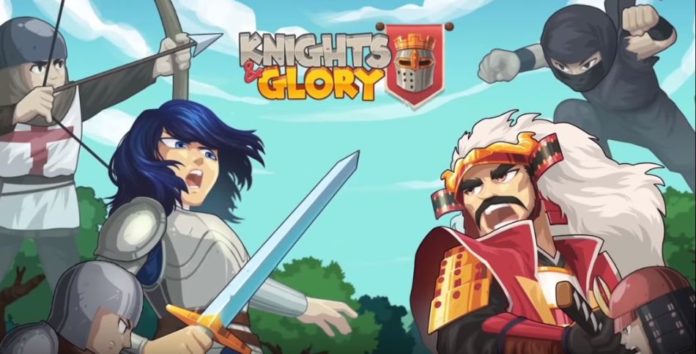 In today’s guide we will feature the best and most useful Knights and Glory tips and cheats to help you win every single fight you take on and to properly use the heroes you have. In order for this to work out well, we’ve gathered all the information you could use and stored it in one place: here.

So if you are curious about what Knights and Glory tips and tricks we have up our sleeves, let’s dive right into the article! 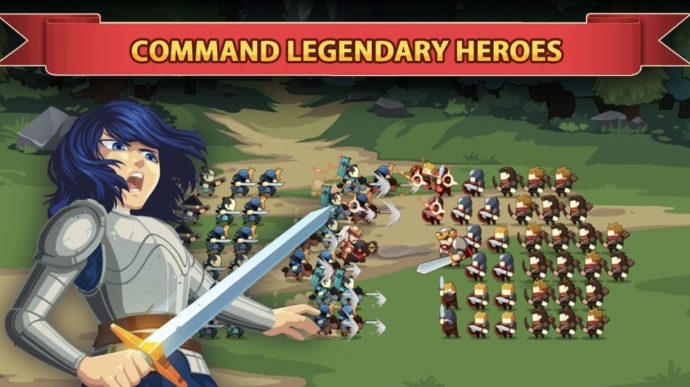 Pay attention to the rarity of the cards!

The cards you collect can have different rarities, and usually the more common a card is, the easier it is to level up and upgrade, but not always is the best choice. The rarities are as follows:

The epic ones are not always the best, simply because it is harder to improve them, and so a Rare hero can easily beat an Epic one if it’s higher level. So make sure you don’t choose the hardest to collect heroes, but keep an eye out on those cards, because once you gather enough, the Epic heroes will be invincible. 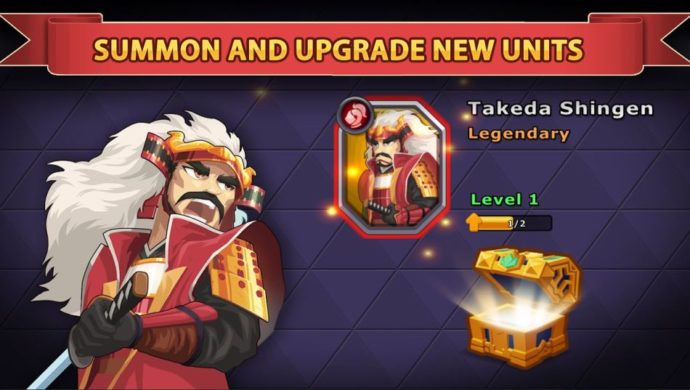 Every now and then you will have the option to open a free box by watching an ad. I strongly suggest doing that since it’s a free way to get some super strong heroes. You can find a Wooden Chest in the Special Deals option and it will refresh every few hours, so you can do that multiple times a day!

Another option you have here is the Caravan Post. Every few hours a new chest will arrive so all you need to do is head on there and open it! 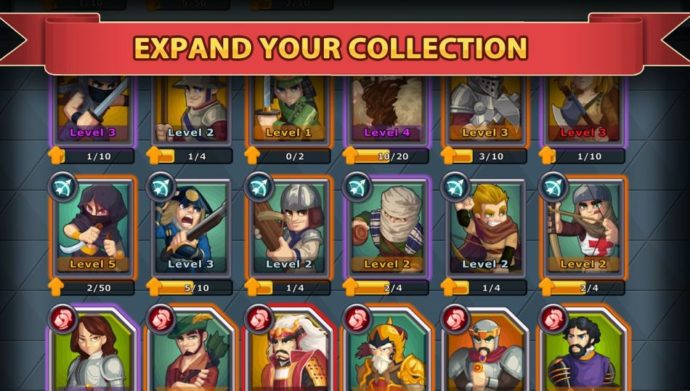 Whenever you head on to another fight, you will be given the option to assemble a team. Never put the characters in blindly, as that might lead to a defeat. The best thing you can do and what I suggest you keep in mind, is to always have your best heroes in your deck.

That way you will always have multiple options to choose from, and all of them will revolve around the good characters in your deck. The possible roles the heroes in your deck can fulfill are these: 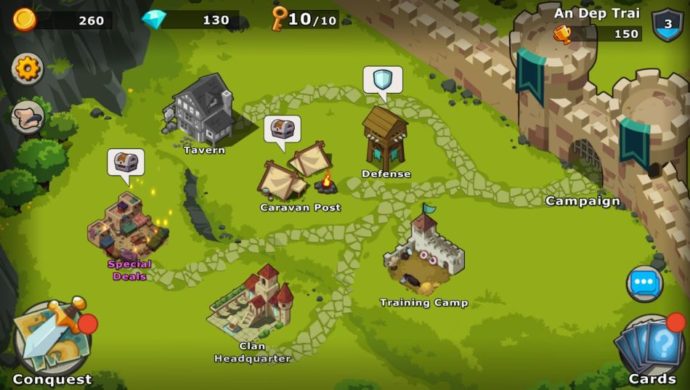 – Archer: they are ranged and deal tons of damage with a bow as a weapon. They deal 30% extra damage to cavalry.

– Cavalry: they charge towards the enemy and deal extremely high damage. They deal 30% extra damage to infantry.

– General: their role is to lead the army into battle and empower their team.

– Advisor: they aren’t on the battlefront, but they cast spells from a distance. Their spells are so strong that they have cooldown depending on the advisor.

Whenever you start a new fight, you will take a look at what the enemy will use. Always try to counter that and increase the number of counter troops, but don’t neglect the number of troops you send.

The more of a kind you send, the better (if they counter the enemy), but always make sure you have front liners so the enemies won’t jump straight at the squishy back line, because the fight will be over before your advisor can even charge the skill. 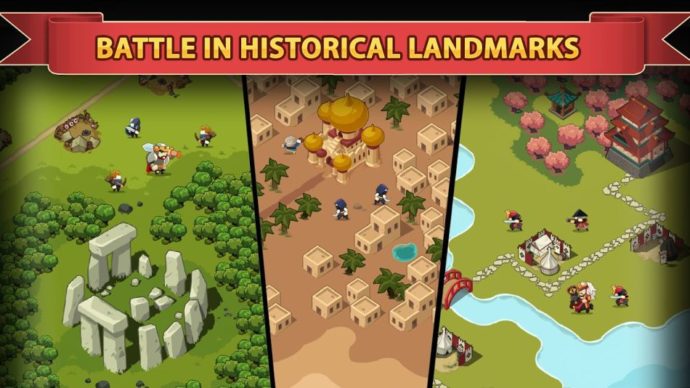 Once you’ve put together a team, make sure you keep opening the boxes and keep collecting the hero cards, because that way you can upgrade your current heroes. Once you’ve collected the required amount of cards for the next level, go ahead and start upgrading.

Next to the required amount of cards needed for the heroes, you will also be required to pay a certain amount of coins. These coins are obtainable by completing quests, or by trading in the Diamonds, don’t worry if you’re running low on them, because you’ll quickly gather more. 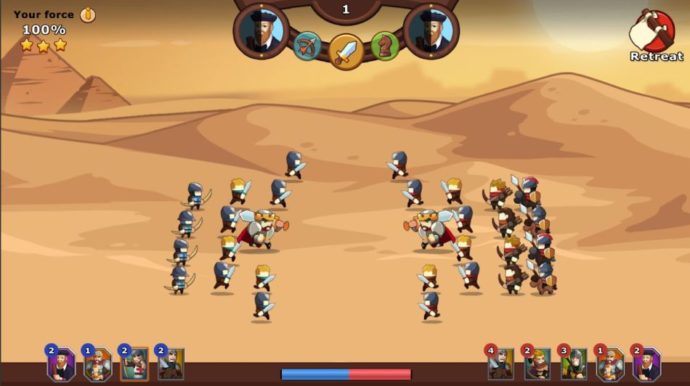 Use a good Advisor

The advisor will grant a powerful spell that can be activated once every few turns. Depending on how your cards gathering is going, you can choose between Nostradamus, Heo Jun, Zhuge Liang and Leonardo Da Vinci.

I personally prefer Leonardo Da Vinci, even though his skill activates only once every fourth turn. His damage is insane and he isn’t as hard to acquire and Zhuge Liang, even if he is Rare quality. 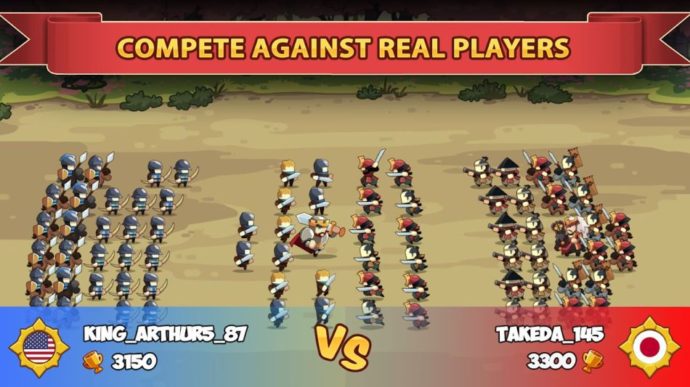 Plan ahead and stay focused

You should always assess the outcome of a fight in every scenario. From the formation of troops to the enemy’s formation and what they are going to focus on taking down first. This should be a thing that will come naturally once you learned how every class works, so don’t stress over it from the very beginning, but keep an eye out and remember everything that you see.

Monsters don’t tend to go out of their way to take down your most powerful characters, because that’s how the game AI works, so they tend to follow the same path every fight. If you know what to expect from them, try to either use that to your advantage, or minimize the damage by sending in more infantry troops.

This is something that I’ve wondered at start. I’ve seen screens full of soldiers and when it came down to my very own, I had to fight with just a couple of warriors. Once I leveled up again and again I saw that the number of troops we can dispatch keeps increasing.

So if you want to have a lot of soldiers and outnumber the enemy (which you should do if possible) keep leveling up and unlock the slots to send more fighters. 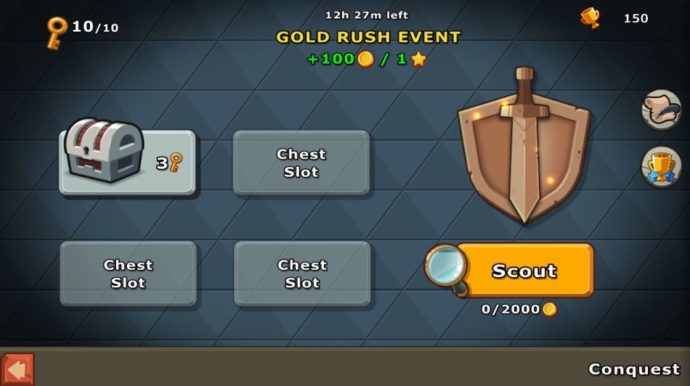 In the Conquest you basically scout for enemies, fight them and loot them. It’s a very nice thing to do since you can collect many things from the boxes. To do this, Scout for the enemy first and fight them. The conquest is basically the equivalent of an Arena, where you also have a rank that increases every time you win fights.

Once you win, you’ll be awarded the Chest and you can use Keys to unlock it. Every chest requires 3 Keys, so make sure you keep collecting them. If you’ve used everything already, you can watch an ad and collect more.

These are all the Knights and Glory tips and tricks we have for now, but if you know some other cool stuff then leave a comment down below and share it with everyone, because only together we can grow stronger!