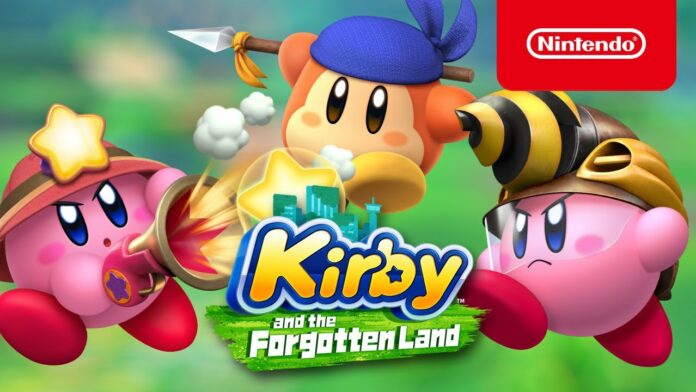 Kirby and the Forgotten Land finally has an official release date. The game was first announced last year during a Nintendo Direct, and now Nintendo is ready for the world to experience the game. Kirby and the Forgotten Land is a 3D game exclusive for the Nintendo Switch, set in a mysterious world where players must save the kidnapped Waddle Dees and inhale enemies to steal their abilities—some of the new ones include the Drill and Ranger. The game also supports co-op multiplayer.

Here’s all you need to know about Kirby and the Forgotten Land Release Date and other announcements.

Kirby and the Forgotten Land will come out on March 25, 2022, and while explaining more about the game, the developers said, “in this sweeping adventure, you’ll make use of a range of Kirby’s abilities to combat foes and navigate vibrant 3D environments. Progress through a world in which nature and a past civilization have fused in a series of areas packed with platforming challenges.“

The release announcement was accompanied by a trailer revealing the in-game levels and Kirby’s unique abilities. Among the new abilities shown off in the trailer are ‘Drill,’ which lets Kirby submerge into the ground and strike enemies from beneath, and ‘The Ranger,’ a long-range ability that lets Kirby attack distant enemies.

Apart from that, Kirby and the Forgotten Land will also have a co-op mode, allowing a second player to enter the game as Bandana Waddle Dee. There will even be a central hub dubbed Waddle Dee Town—an area that will grow and expand along with the number of Waddle Dees players rescue from different levels.

Kirby and the Forgotten Land launches for Nintendo Switch on March 25, 2022.