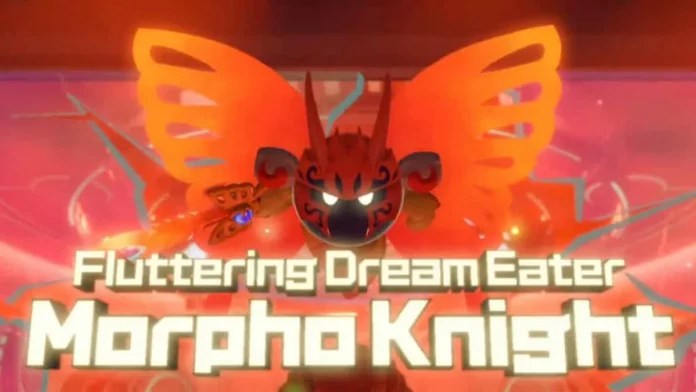 The Kirby series has hit massive levels of popularity over the years due to its fun gameplay mechanics and quirky characters. Today, we will be talking about one of those characters, namely Morpho Knight.

Morpho Knight is a spherical creature with black skin, white glowing eyes, and no mouth. It has yellow shoes and gloves, red armor with black ornamentations, and white shoulder pads with a red swirl on both of them. Its mask has horns that resemble antennae. It has red sparkling butterfly wings on its back.

Morpho Knight is the final boss of Isolated Isles: Forgo Dreams with the boss title of Fluttering Dream Eater. When confronting Kirby, it feasts on the most powerful soul it finds in the form of Fecto Forgo, suggesting a parasitic relationship with powerful vessels it uses to enact judgment.

Since he is the secret final boss, dodging these attacks and fighting back might not be easy for everyone. For visual tips and cues on defeating Morpho Knight, this video from UTAGaming might come in handy (skip to 5:50 for the Morpho Knight battle):

After players finally defeat Morpho Knight, Kirby receives the blueprints for Morpho Knight Sword as a reward, allowing him to evolve his Sword ability even further.