King, the ever popular developers behind some of the world’s biggest puzzle games like Candy Crush Saga and Bubble Witch Saga are trying their hands at something new. This time around, we are becoming knights in Knighthood.

Knighthood is a turn-based RPG where players take on the role of an apprentice knight. The journey begins in Astellan, a bright and colorful fantasy world. Long ago, Astellan used to be defended by a group of knights known as the Order of Rage, but now it has fallen to corruption by the dark sage Lord Karnon.

You have just been inducted into the Order of Rage, and now you must fight for fame and glory not only to become the most revered Rage Knight of them all, but also to take back Astellan from the clutches of evil.

Battles in Knighthood play out in a turn-based fashion with some action game elements. You have a certain number of action points that allow you to perform attacks in combat during your turn. Performing consecutive attacks will deal more damage.

Players also have the legendary Rage Gauntlet, the symbol of the Order of Rage and a powerful relic that allows the wielder to summon heroes from the past to assist them in battle. Fight to charge up the gauntlet’s power, and then unleash your heroes’ power!

Will you be able to restore the Order of Rage to its former glory? Knighthood is available now on the App Store and Google Play Store. 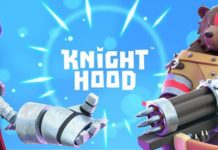 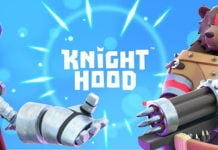 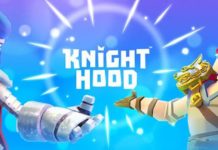