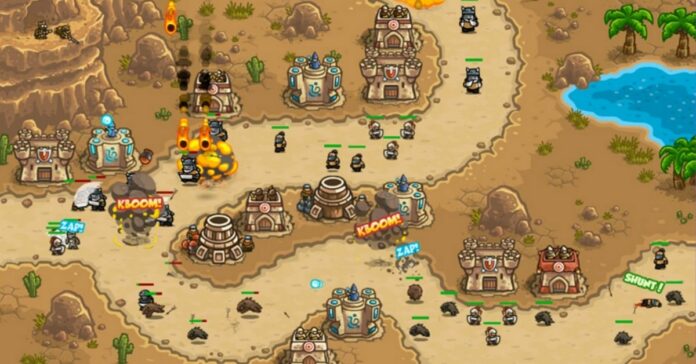 Seems like an excellent tower defense called Kingdom Rush will never lose its relevance, and since it can be considered one of the best, if not the best game of the genre, then the fact that it can be played constantly is quite obvious. And if you could not find a reason to install the Kingdom Rush Frontiers client, or you completed the game at the simplest level only, then we are here to help you. Today we will show you the Kingdom Rush Frontiers guide on how to complete the game more efficiently.

Let’s start with the hero. The choice should be made in favor of an assassin girl named Mirage. The reason is that she has high damage in ranged combat, and also has the ability to summon a large war cat, which does not always cope well with opponents, but can hold them for some time due to the high number of lives. Moreover, Mirage can attack two opponents at once, which is very good. Thus, we get a character who deals damage to three targets at once instead of one, so the choice is obvious. Moreover, Mirage is very well controlled, and she can finish off opponents who have gone ahead since she also runs fast.

As for the towers, here it is better to bet on leveling the archers (priority upgrade should be given to asterisks) since we are going to win due to high DPS. Next, you should level the barracks, and only then the cannon. The magic tower, as a rule, is useful in the later stages of the game against knights and other creatures with a heavy type of armor, so it should be leveled last. By the way, one of its variations makes it possible to summon golems, which will also be useful.

It’s no secret that it is best to put towers at a crossroads, and it is advisable to close it with at least two barracks and one tower, which throws bombs. And it all should be protected by fully improved archers. As a rule, magic towers will only be useful on one of several paths.

Following this Kingdom Rush Frontiers strategy, you will easily survive and win the game. Good luck! 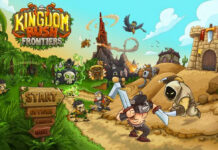 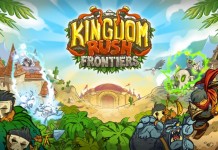