Home Guides King Of The Course Cheats: Tips And Tricks 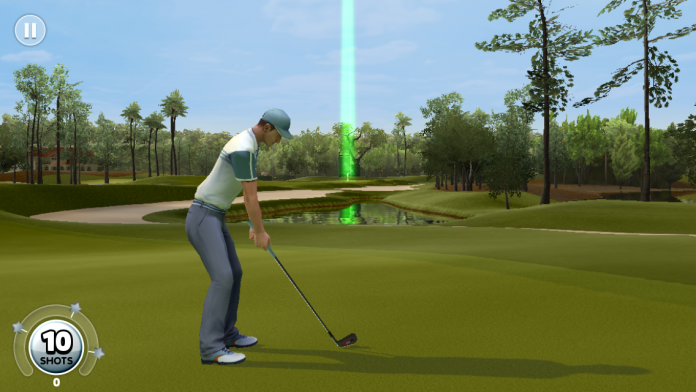 If golf isn’t exactly your thing but you still want to enjoy King Of The Course on your iOS devices, you have come to the right place. In this King Of The Course Cheats: Tips And Tricks guide, you will find everything you need to become the best golf player around. Or close to it.

King Of The Course is the first golfing game released by Electronic Arts following the end of the Tiger Woods PGA Tour series. This game, however, is quite different than previous EA golf games as it features fictional golf players and the usual free to play mechanics.

This isn’t to say that the game is a bad one. King Of The Course is quite enjoyable thanks to the various challenges included in the game, which will make players earn some extra points that are needed to move along with the game.

As is several other free to play titles, King Of The Course employs a sort of stamina system which will get in your way more often than not. Once all your lives, balls in this game, have been depleted, you will have to wait a set amount of time in order to get them back.

Those who have no intention of waiting before being able to play again can simply move the device’s clock ahead. By doing this, all live will become available again. Once you have your lives back, it’s possible to set back the clock to the actual time.

There’s also another way to restore balls without having to resort to the clock trick. Connect the game with Facebook and ask friends for energy. This is way less effective that the clock trick but it may serve.

The true meat of King Of The Course is aiming to make the ball go where you want. The mechanics aren’t that complicated but it’s easy to miss shots when you don’t have a clear understanding of them. The aiming is done when the ball is in midair: simply swipe to whataver side you want the ball to go. The distance covered actually depends on the strength of your swipe as well as the strength used when hitting the ball. With enough practice, you will be able to use your swipes to make the ball go wherever you want.

To make the aiming more effective, you should also consider upgrading the aiming of your character, which is, in the end, the most important stat of the game. Some characters start with a better aim than others, so you may want to do some quick comparisons to see the difference a higher aiming stat does.