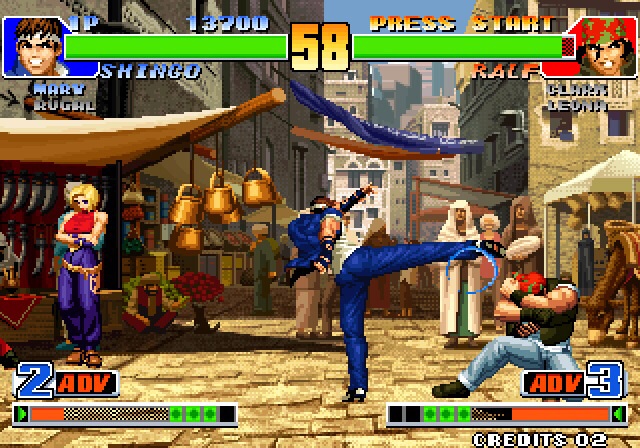 The game, developed and published by SNK Playmore, is now available for only $3.99. A decent price for a really nice fighting game.

King of Fighters ’98 includes a really diverse character roster which includes characters from all the previous King of Fighters games, even those who were supposed to be dead. The iOS port of the game looks and plays like the arcade version, with the obvious controls differences. Luckily, King of Fighters ’98 includes two different control schemes, a four and a six button ones, as well as support for Bluetooth controllers. If you have a controller, you’ll definitely want to use it in the game, as touch controls aren’t really the best when playing such games.

King of Fighters ’98 also includes a training mode that will be just perfect to learn to use the 38 characters included in the game. The classic arcade mode will pit players against CPU controlled fighters in a battle to the death, where only the true King of Fighters will surivive.

King of Fighters ’98 is now available for purchase on the App Store.