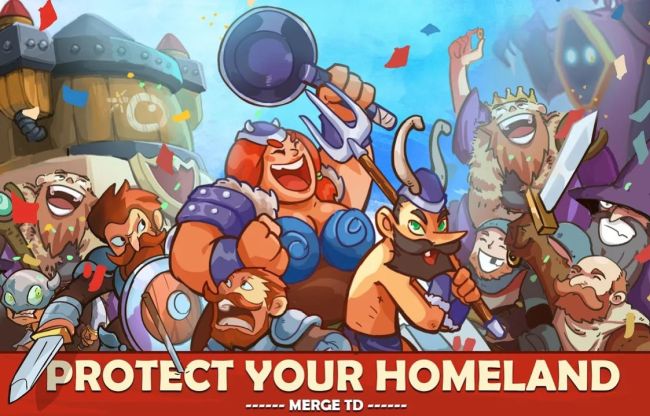 In today’s article we are going to take a look at all of the King of Defense: Battle Frontier tips and cheats that we have for you and learn how to easily pass more levels in the game, so that you can become a lot stronger.

The game is extremely fun, in the sense that it not only has some neat interactions, but it is also very reliant on your strategic thinking. That means that you can’t just “auto play” through the levels and expect to finish with 3 golden stars! It actually requires you to get a little bit invested and plan ahead!

As a big fan of tower defense type of games, I find this one to be extremely fun and if you add that to the fact that its story is also pretty neat, then you found yourself a great game!

But you are here to learn all of the King of Defense: Battle Frontier tips and tricks, so let’s not waste another moment and dive right into them and learn how to pass more levels fast!

Learn how to pass the stages

The most important thing in this game is to learn how to easily pass more stages. This is an important feature as the entire game pretty much relies on it. You can pass a stage basically when you have finished defeating all of the invading monsters. It’s not super difficult, but the more you advance, the tougher the enemies get!

It is important to learn how to properly position your towers as you go, as well as to stack them up to be more efficient. So let me tell you how to properly deal with everything, starting with the towers and how to have the most efficiency!

There are several types of towers in the game, but mainly 4 ones which can be upgraded several times in order to make them stronger. These four towers each have their own individual strengths and weaknesses, but depending on the types of enemies that you will encounter, you should always try to build the right ones.

– Wood Hammer tower: This tower is one which continuously summons soldiers to go and fight for you. It’s good in pretty much any situation, but the summoned units will only target enemies on ground. With each upgrade, this tower gains stronger units.

– Archer tower: This tower will continuously throw out arrows at the enemies. It has a very wide range, and for each upgrade it will shoot faster and stronger arrows which can attack enemies in air and on ground alike.

– Nervous Spread tower: This is basically the “magic” tower, which shoots lightning balls at the enemies. It’s a powerful one, and for each upgrade it will only get stronger. It’s one of my favorites, as when you combine it with another tower, it will speed them up (makes a great addition to the Archer tower). It attacks enemies on ground and in the air.

– Gunpowder tower: This tower has a very short range, but extremely strong attacks. It fires huge cannon balls at the enemies, and when you upgrade it, it’s going to increase its power and fire more balls. It only attacks enemies on ground.

Upgrade your towers the right way

Always make sure that you upgrade your towers whenever you have enough Gold gathered that round. You should start with the towers which get the most use, because these will be your first line of defense.

You can upgrade the towers several times, but each time it will cost increasingly more Gold, so that’s why I suggest that you start with your most important towers first and then slowly move on to upgrading the rest (when necessary).

Combine the towers to make them stronger

In my opinion you should try and find out what each combo does for yourself and see which ones you find the most useful, depending on how you prefer to build your towers or how much you want to rely on units and skills instead of towers.

You can complete various missions in the game, and upon completion you will be able to claim useful rewards, such as boosts, Gems and Coins. These missions are of different types, but you should always try to pass as many as you can with your current upgrades and power.

There are a total of 4 types of missions in the game:

– Stage: These missions give you rewards based on the stages that you’ve successfully passed. They are easy to get – all you need to do is make sure you pass the levels!

– Battle: These missions rely mainly on you defeating enemies. From types of enemies defeated, to the numbers of enemies and type of weapon you use to take them down, there are a lot of missions to complete!

– Items: These missions give you very good rewards for using various items in order to take down enemies and complete the stages. Actually, you don’t even have to complete a stage in order to get progress for these missions! All you need to do is use the items!

Every single day you’ll be able to claim some pretty neat rewards for simply logging in to the game. You don’t even have to play a level in order to claim these, so I really suggest that you log in and claim the rewards, because starting from the first week, you will be able to claim a hero on day 7.

The more you log in afterwards, on the seventh day of the 2nd, 3rd and 4th weeks, you will be able to claim Crystals which are the currency which allows you to unlock more heroes! So even if you don’t feel like playing the game a particular day, still try and log in only to claim the rewards.

In the right side of the screen you will see a small blue icon with some Gems falling around. Tap on it, and you will see there three options which give you very good rewards in exchange for watching an advertisement for each. These rewards reset every several hours, so try claiming them whenever they are available because they give you Gems, Crystals, items and VIP points!

How to get free Gems in King of Defense: Battle Frontier

There are a few ways to obtain some free Gems, so let me go with you through all of them to make your life easier, as Gems are required in order to upgrade the heroes!

– You can get Gems by watching an advertisement in the Shop -> Gemstone -> First option. That will require you to watch an ad and in exchange you’ll receive 200 free Gems!

– You get free Gems for passing a level! The more levels you pass, the more Gems you’ll collect! Also make sure that you watch an ad to flip over the card for an extra free reward!

Each of the heroes tat you will unlock can be upgraded by spending skill points. You earn these whenever you level up, and you can start distributing them right away! The heroes will have three main skills, and I suggest that you try to unlock the first one before anything else, because it will give the heroes an extra “star” which boosts them by a lot.

Make sure that you do it whenever you can because it will be a huge boost in damage, as the hero is one of your main units that fights the enemies on the battlefield!

These are all of our King of Defense: Battle Frontier tips and tricks that we have for you right now! Do you know some more useful tips or have some strategies to share with us? Feel free to leave them down in the comments section below!