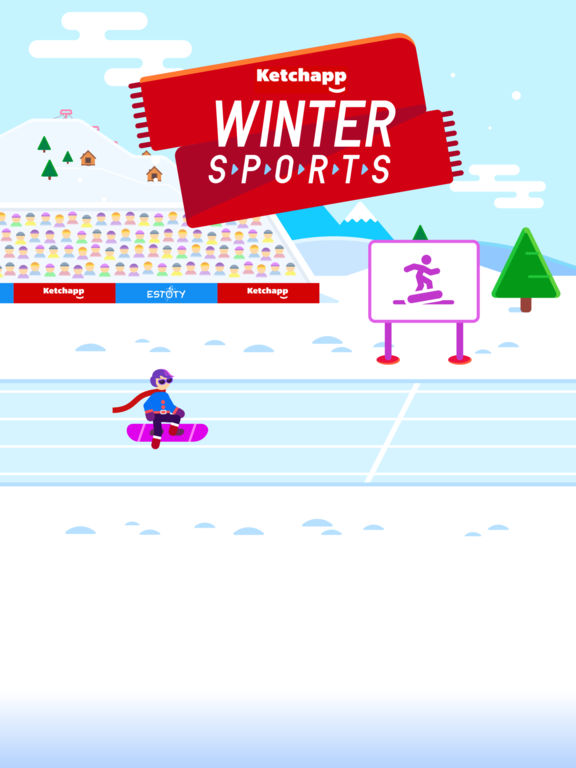 Winter Sports is all about testing your timing, so in addition to our guide here some good old practice will do you wonders. Keep playing and eventually your timing is will be mastered! For now, let’s get started with our Winter Spots tips and tricks guide.

This might help you if you’re having trouble timing the actions. Try to keep your eyes glued to the black arrow beneath your character rather than the character itself. This might make it a bit easier for you to know when to tap the screen. Remember to give yourself a little time to tap before the arrow actually reaches the action points as you’ll need to compensate for the time it takes you to tap and for the game to register it.

Unlike a lot of other endless runners, the gear in Winter Sports isn’t just cosmetic! Different outfits actually have different stats attached to them. When you get more in a stat, it generally increases your speed during that sport. Blue is ice skating, purple is snowboard grinding, red is snowboard tricking, and green is skiing. If it’s possible you’ll want to balance your stats around since you’re going to be participating in every single sport! If you’re trying to improve your rank in a specific sport, it might help to stack as many bonuses towards that sport.

There’s not much to Winter Sports other than nailing the timing down for each type of boost. As the game speeds up every time you land a boost, you’ll need to readjust your timing accordingly. Just keep practicing and you’ll be a Winter Sports champ in no time!

That’s all for Winter Sports! If you have any other tips or tricks to share, let us know in the comments below!