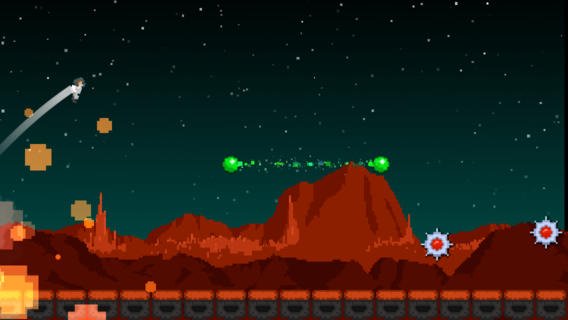 Jupiter Jump is the latest one-tap game from Noodlecake Studios and we’re here to help you get that high score that you always wanted – or at least get you as close as possible – with some Jupiter Jump cheats, tips and tricks. If you played the game, you know that there’s not a lot to talk about and it’s mostly skill, but there are some pointers that we can try and give you to hopefully help you play better. We’re trying, at least, so read on to check out our tips and trick!

1. It’s all about mastering the fall
And I’m not talking about the season, I am talking about the descent of the unlucky astronaut. When you tap the button, it goes down quickly and that is the only control that you have on what happens in the game. Therefore, you have to anticipate the astronaut’s path and make sure that he doesn’t end up hitting any of the bombs. Of course, this is easier said than done, but it’s the only strategy that you have to apply constantly to keep going and increase your score.

2. Take risks
The pace of the game increases as you play, so you have to take risks to grab that high score because eventually it will get pretty insane there. You get a combo and an overall better score by “nearly missing” those bombs, and you can only nearly miss them if you take risks. If you don’t, you will still end up with a lower score, so take those risks, while also having in mind the first tip – this way you will maximize your score and pretty soon your mind will be set on anticipating and helping you tap at the right time!

3. Stay calm
Keep calm and keep on jumping would make sense as an advice here. Anybody would get pretty angry while playing the game and failing over and over again, but you have to stay calm because the angrier you get, the worse you will play.

4. Stop risking at a point!
This makes little sense? Well, it won’t when you play the game: once you get to an 8 multiplier or above, I would suggest to stop risking to increase the multiplier and instead focus on staying alive and getting all the green lines that you can. This way you will get a ton of points for each green line and the more you can keep going, the better you’ll do. Risking now could mean a “game over” message, so it’s best to stop risking after a point!

5. Practice, practice, practice
Keep on playing! The more you play, the better you get at it. It’s pretty simple so if you want to become and Ace, keep on playing Jupiter Jump. You can take a break from playing and see how poorly I performed during my first few times, then you can play some more and get a lot better:

These would be our Jupiter Jump tips and tricks. Don’t forget to play the game together with your friends – it’s a lot more fun this way and… good luck! 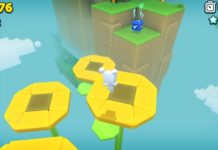 Jump Through a Colorful 3D Adventure in Suzy Cube 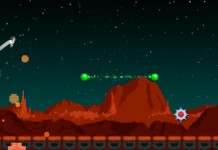