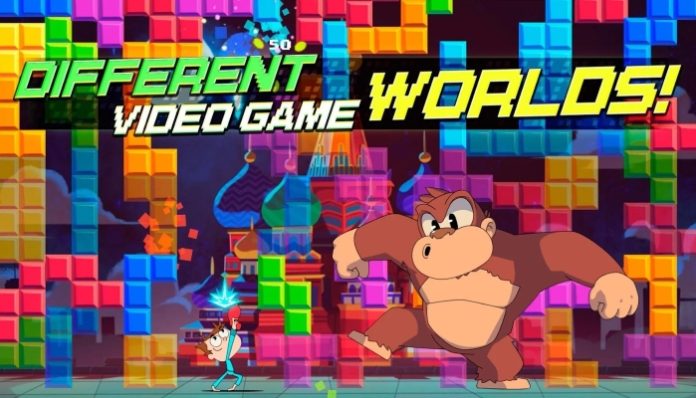 Aliens have invaded the Earth, and they are after our… video games? That’s right – these space invaders are gunning for our digital entertainment goods, and Juanito is the last line of defense! Juanito Arcade Mayhem is a run & gun action platformer through classic retro games inspired by real classics!

Juanito is minding his business one day when all of a sudden the aliens attack. One rogue alien by the name of Gluk entrusts Juanito with the task of saving the game, so Juanito jumps into an arcade cabinet to set things right. 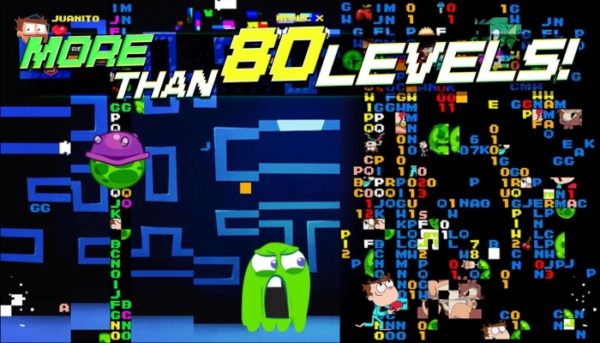 Juanito will explore eight different world with over 80 levels within. Each world in Juanito Arcade Mayhem is based on a classic video game that avid gamers will probably recognize. We’re talking games like Donkey Kong, Tetris, Breakout, and more!

A cool thing that Juanito Arcade Mayhem does is not just reference these classics, oh no – you can actually play in their world! Each world has unique mechanics that are based on the source material. For example, in the Breakout world Juanito will ride on a platform and he must destroy the blocks above him to proceed.

Juanito wield his trusty blaster, but different power ups can transform it and give it new properties, like a three-way blaster or a rapid fire blaster! You are going to need these power ups if you hope to take down the powerful bosses that await you at the end of each world!

Juanito Arcade Mayhem also features a fun little Endless Survival mode. You will be put in an ever-changing room with a limited amount of health. How long can you survive the onslaught of waves of tetraminos? Try it out and see how long you can last!