A brand new Japanese role-playing game is releasing in North America and Europe on iOS and Android devices next year.

A few hours ago, Bandai Namco confirmed that Tales of Crestoria, a new entry in the long-running Tales of series, is releasing in English in the near future. A final release date has yet to be confirmed. 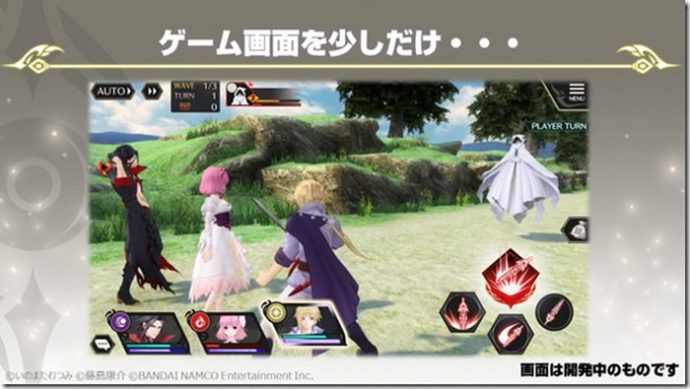 Unlike other mobile entries in the series, which see the appearance from characters taken from previous console and PC games, Tales of Crestoria is going to tell a brand new story with an all-new cast of characters.

Get ready for the English version of TALES OF CRESTORIA!
In this new installment of the Tales of series, you'll experience a completely original world and story brought to life by brand new characters. #TalesOfCrestoria pic.twitter.com/jq2OtC5Ocf

Not much is currently known about the game’s story. In Tales of Crestoria, people possess devices called Vision Orbs that can take videos and influence perception. Thanks to this, a single person’s point of view on any matter can have a huge influence on the world itself.

Tales of Crestoria is launching as a free-to-play game with additional in-app purchases for select items on iOS and Android on a yet to be confirmed release date. More information on the game will be shared through its Official Twitter profile in the future.