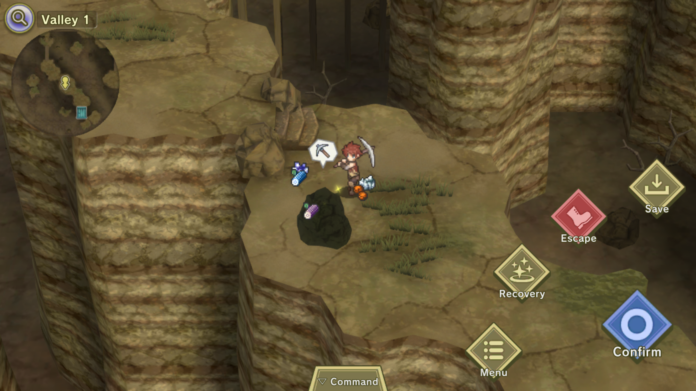 Development team Kemco is known to develop a lot of role-playing games that do not look all that different from one another on the surface, but the team’s latest game tries to do something a little different without moving away too much from JRPG staples.

Blacksmith of the Sand Kingdom is the name of the studio’s latest game, a game that will bring players on a journey on a desert world to become the best blacksmith in the world.

In the new game, players take on the role of Volker, the son of a blacksmith, who has been brought up with stories of legendary heroes. After coming of age, Volker wants to become an adventurer just like these heroes, exploring the land of Muspelheim and also become the best blacksmith in the world. Dream big or go home, right?

As the game’s main goal is to become the best blacksmith around, Volker will have to gather different items by exploring dangerous dungeons together with his companions and use them to forge weapons and armor sets that can be either sold or used by party members to explore even more dangerous dungeons.

Blacksmith of the Sand Kingdom may not be the most revolutionary Japanese role-playing game around, but it is still an enjoyable adventure with an interesting premise and some solid mechanics that can keep players entertained for a good while.

Blacksmith of the Sand Kingdom is now available on iOS and Android globally.