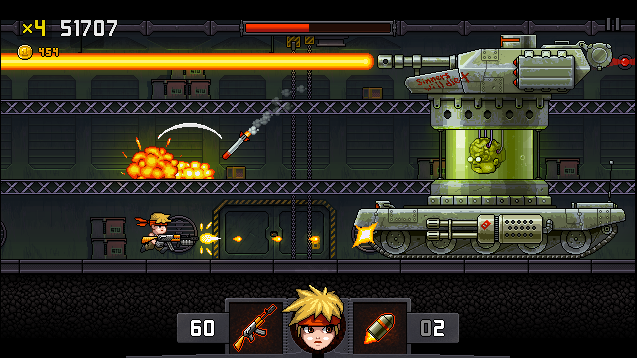 John Mad Run is a nice endless runner game where you control an unusual hero as he runs through a few locations, takes doen a few enemies and collect huge amount of coins. Which is pretty much the same thing that you do in almost all endless runner games.

John Mad Run is definitely not a game that tries to be unique in any ways but it’s still a solid platforming experience that will require gamers to make some quick decisions during gameplay to be able to go as far as possible.

If you want to help your character more than before, you have arrived to the right place. Check out the following tips and tricks to learn more about John Mad Run and its gameplay experience.

The fact that you can take down enemies in John Mad Run is of the most unusual features of the game. To take them out, tap the right side of the screen to fire or swipe to use your sword, which is the best way to deal with enemies in short range.

The enemies of the game are quite varied. There some some regular enemies that will simply shoot at you as soon as they see you but there are also some more annoying ones that come with a shield. These enemies will appear after an icon appears on the screen. To avoid the enemies with the shield, make sure to move away from them at the very last moment.

There’s no real indication on screen for how much health your character has, with the exception of how your character actually looks. The more bloodied he is, the worse his health his. Luckily there’s a way to slightly restore health by picking hearts during runs. Make sure to avoid enemies and traps when going after them, you may end up dying before evevn reaching them.

You can unlock some more effective weapons by spending some coins. You can get the laser for 3000 coins and the Shashka sword for 1000. You can also upgrade the shotgun with 1000 coins.

An easier and cheaper way to unlock them is by simply liking Happymagenta on Facebook and linking the account to the game. It’s actually the best way to unlock the new weapons, since you will be able to save quite a few coins in the process.