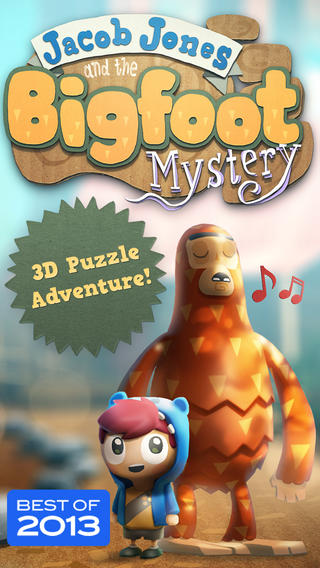 The second episode of the adventure game Jacob Jones and the Bigfoot Mystery is going to be released later next month on the App Store, developer Lucid Games confirmed.

Not much is currently known about Episode 2 as of now, but it will surely feature the same charming experience of the first episode.

On a related note, the team has confirmed that a Prologue version of Episode 1 is going to be released later this week on the App Store. This Prologue will be available for free, allowing all gamers to try out this charming adventure game.

Jacob Jones and the Bigfoot Mystery is a game with a lot of charm, thanks to its characters and setting. Unfortunately the first episode is quite on the easy side, with puzzle being way too simple and not challenging at all. The second episode has the chance to fix these issues, giving the game more substance to back up its charming presentation and characters.

Jacob Jones and the Bigfoot Mystery is now available for purchase on the App Store. Make sure to check out the Prologue in the next few days to learn more about the game and get charmed by the game’s characters and atmosphere.