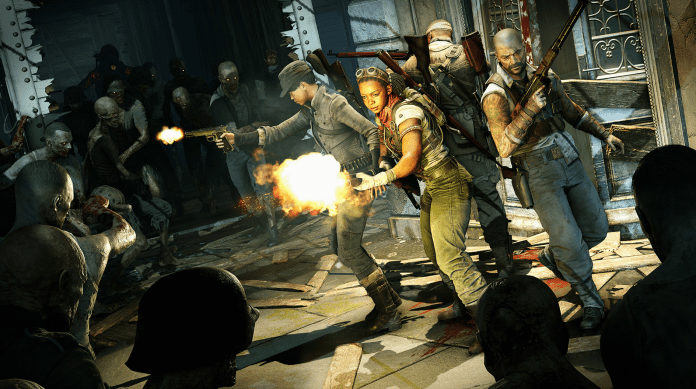 There are many interesting co-op games that allow you to form a team with your friends and fight together against hordes of enemies. One of the most popular settings for such games is the zombie apocalypse. Zombie Army 4: Dead War is one of these projects and there are many gamers who would like to play it on the same screen. So, in this guide, we will tell you if Zombie Army 4: Dead War has a split screen function.

Zombie Army 4: Dead War is an exciting project that allows you to fight against armies of walking dead. The game features a huge list of different weapons that you will be able to use to defeat zombies. Also, you will have an opportunity to cooperate with your friends.

This game allows you to form a squad of 4 players and play with each other online. Also, you can use local wireless to connect with your friends. So, you may want to play on the same screen and for this purpose, you will have to use the split screen function.

Unfortunately, Zombie Army 4: Dead War doesn’t have a split screen feature. So, you won’t be able to play with your friends that way.

What Is Split Screen?

Split Screen is a feature that can be used in different co-op games. It allows you to divide your screen into a few parts and use it to play with your friends together. However, it may feel uncomfortable because your screen will be split between a few users.

The modern game industry has many exciting co-op projects and we will be glad if this guide helps you to learn something new about Zombie Army 4: Dead War. Also, if you are interested in the zombie apocalypse setting then we recommend you check our guide on how to upgrade the Staff of Wind in COD: Black Ops 2 Zombies. Good luck with your further fights against zombies!