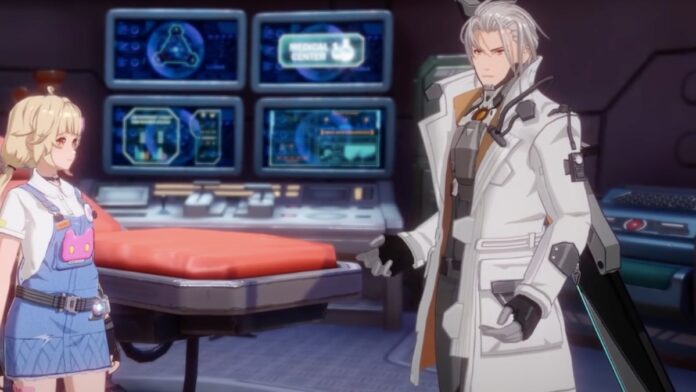 Tower of Fantasy is the newest open-world game making headlines. Many are saying it could be the next Genshin Impact, but is that even possible? We examine this take to see if it is really true. This could be subjective, but certain factors will determine the question; is Tower of Fantasy’s story good enough to surpass that of Genshin?

RELATED: How to Get to Cetus Island in Tower of Fantasy

Tower of Fantasy is an adventure-style story where you play a character living on a distant planet called Aida. Humans live here because hundreds of years prior, Earth become inhospitable and its residents were forced to move. Currently, Aida is being plagued by a catastrophic disaster that causes people to undergo deadly mutations, and this is where your story begins.

For those who need it, you can also play it on bluestacks.

The Story So Far

If you like dramatic tales, you’ll love the story of this game. Off the bat, Tower of Fantasy really gives that story-full-of-twists feeling. The reason why it particularly stands out is that the main character is not the usual silent protagonist – they are fully voiced and have a set personality. It’s a well-written plot because it truly seems to be going in one direction for a while, but things change in a way you don’t expect. The character development feels like that of a Final Fantasy game, with the characters doing things you may not always agree with, but you know they’re doing it for a reason.

How The Story Keeps You Enthralled

Because of the way the story kicks off, it really sets the tone for what you know the rest of things will be like. Part of storytelling is being able to retain your audience’s engagement, and Tower of Fantasy does that perfectly, making you want to keep going so you can see what happens. Another thing it does well is that it balances its elements of MMO and RPG. Players who enjoy both genres will definitely appreciate this.

The Characters In The Story

Besides the main story, the characters you can pull all have really interesting backstories that connect to the theme of the game. They all have really beautifully fleshed-out personalities that make them easy to get attached to. It can be sometimes difficult to get into a game where you don’t know the characters, but that definitely won’t be an issue here.

Overall, Tower of Fantasy’s story is looking very promising! If you’re looking for a well-written game that still has some PVP and MMO elements, this will be the game for you.