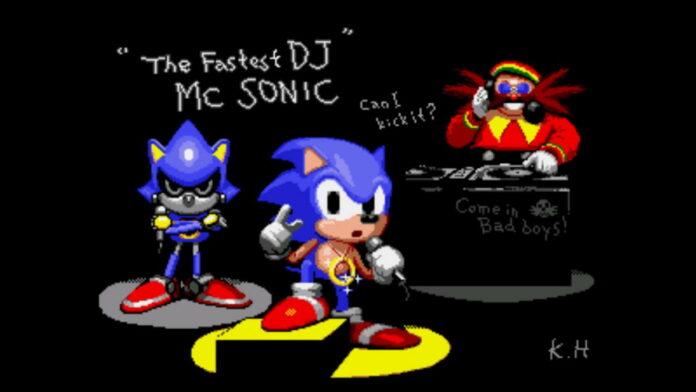 Does Sonic Origins have the Sonic CD Sound Test Menu?

In the original 1993 release of Sonic CD, the developers hid some fun Easter Eggs behind a hidden sound test menu, accessible by inputting a cheat code. The sound test worked by selecting two numbers, and certain combinations of numbers would provide players with a hidden picture, like the “The Fastest DJ” MC Sonic image above.

Sonic CD was eventually remastered and released for modern platforms in 2011 using a new engine developed by Christian “The Taxman” Whitehead, who later went on to develop Sonic Mania.

This remastered version also contained all the Easter Eggs that were present in the original game, but you have to unlock them here by getting fast enough times in Time Attack mode, as opposed to simply inputting a cheat code.

Related | How to Get All Achievements and Trophies in Sonic Origins

Fast-forward to 2022, and fans will be pleased to know that the secret sound test menu does in fact return for the Sonic Origins collection. Since the version of Sonic CD that’s included in Sonic Origins is based on the 2011 version, you must once again unlock the sound test menu.

We hope our guide answers your questions about whether the Sonic CD sound test menu is in Sonic Origins. If you have any other questions, let us know in the comments below!