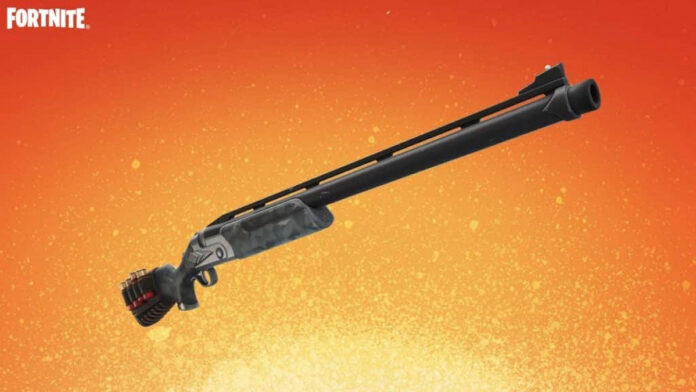 Epic Games continues to add a distinct selection of weapons to Fortnite and, regardless of what new arsenals are added to the game, its massive community always finds various ways to gravitate towards shotguns.

Shotguns have proved many times to be robust and capable in not only defending yourself but also taking down opposing players as well. These guns have been an integral part of the gameplay ever since it launched in late 2017.

Epic has released yet another Shotgun to the game’s Chapter 3 Season 2 and this time it’s the Ranger Shotgun. In this article, we’ll be giving you the weapon stats and seeing if it’s the strongest shotgun in the game.

The Ranger Shotgun came with the Fortnite Battle Royale V20.20 update and is currently available for players to use in matches. Rather than emphasizing a long-range shooting style, the Ranger is a burst weapon with one shot per reload.

Many players have asked why, but according to Epic Games, it’s because “each shot deals serious damage, you won’t need to panic while reloading.” That sounds fair enough.

Is it the Strongest Shotgun in Fortnite?

From Epic’s quote above, the Ranger Shotgun can deal hefty damage to enemies in battles, but that’s pretty much it. It is simply another Shotgun in the line of Shotguns in the acclaimed battle royale game.

While it does deal high damage, it is not the strongest shotgun in Fortnite, but it is quite powerful and will most likely get the job done for players who know their way around a battle.

Is the New Ranger Shotgun the Strongest Gun in Fortnite