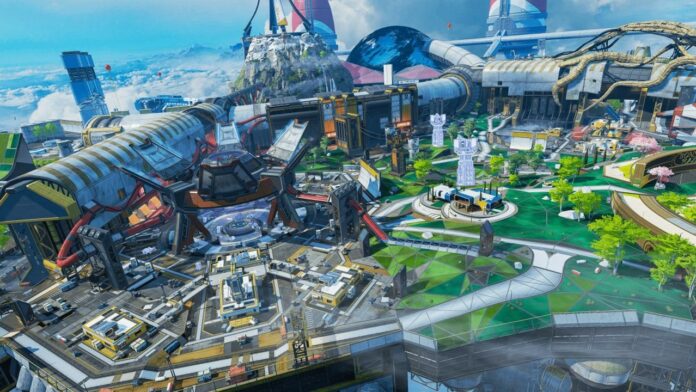 Apex Legends Mobile is inching ever closer to its global launch, but some lucky players have already been able to get their hands on the game thanks to the soft launch version that is now available in select regions.

At this time, the map selection in the mobile version of the popular battle royale game is a little limited, featuring only the World’s Edge and Kings Canyon maps, but things may improve when Apex Legends Mobile launches globally, as it may receive one additional map that is already available in the PC and console versions of the game.

As spotted by @ApexMobileOyna on Twitter, Apex Legends Mobile already features a robot called MRVN that only appears on the Olympus map in the PC and console game. As such, it’s extremely likely that the Olympus map will eventually make its way to the mobile game, possibly in the global launch version that is not too far off in the future.

The inclusion of the Olympus map in Apex Legends Mobile, which debuted in the main game in Season 7, would be rather welcome, considering how different it is compared to the two already confirmed for the game. With its vast open spaces and artificial environments, the map would make the game feel more varied and engaging, which is what it needs to be as successful on iOS and Android as it is on PC and consoles. Do not disappoint us, Respawn!