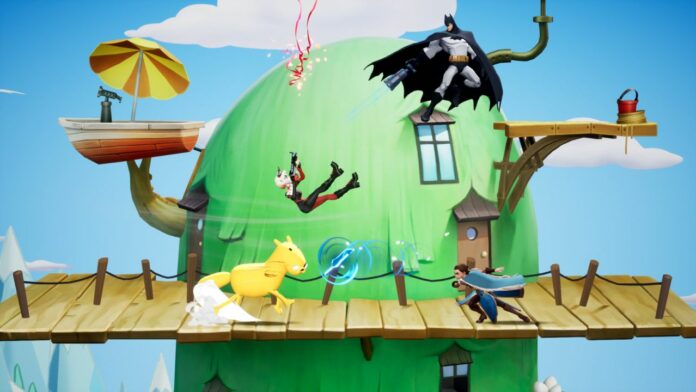 Platform fighting have been made popular by the Super Smash Bros. series, but the Nintendo series is no longer the only one to offer players such a different take on the fighting game genre, as many other similar games have been released in the past few years and more will be coming in the future.

Among the platform fighting games launching in the near future is MultiVersus, a game that is set to become incredibly popular once it releases thanks to its great character roster, which features characters taken from Warner Bros. properties such as Bugs Bunny, Batman, Arya Stark from Game of Thrones and many others, and gameplay, which is already quite solid in its alpha state.

MultiVersus has been announced for PC and consoles, but is the game also coming to Nintendo Switch? Let’s find out.

Is MultiVersus Coming to Nintendo Switch?

As of May 2022, Warner Bros Interactive Entertainment has yet to confirm a Nintendo Switch version of MultiVersus, so the game is not coming to the console, at least not at the same time it launches on the other consoles and PC later this year.

While the game hasn’t been confirmed for Nintendo Switch, chances are actually pretty high for a late port. For starters, MultiVersus doesn’t look like a particularly demanding game, so it probably wouldn’t have too much trouble running on the console. Additionally, this wouldn’t be the first time a fighting game takes a little longer to release on Nintendo Switch, so Warner Bros Interactive Entertainment may be waiting to see how the game will do on the other formats before committing to a Switch port.

So, if you will want to play MultiVersus as soon as it launches, you won’t have any other choice but to get it for either PC or PlayStation and Xbox consoles, but with the Steam Deck being a thing in 2022, playing the game on the go is definitely a possibility for those lucky enough to have managed to get their hands on one.

MultiVersus will release sometime this year on PC, PlayStation, and Xbox consoles. A final release date, and a Nintendo Switch port, are yet to be confirmed.

Is MultiVersus Coming to Nintendo Switch?