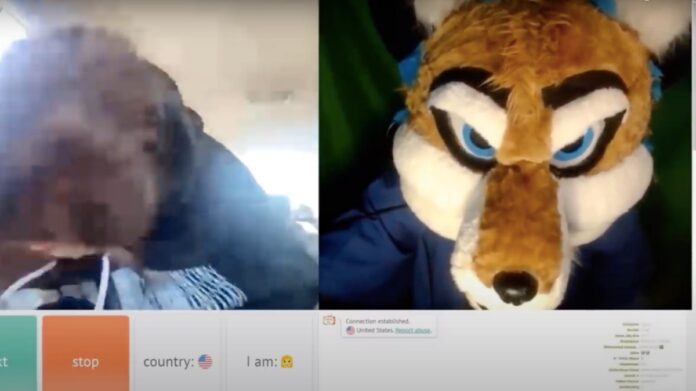 A teenage YouTube streamer, IShowSpeed has been spotted wearing part of a ‘furry’ costume during one of his recent streams. The controversial young content creator has millions of subscribers but has had to leave YouTube recently after a temporary ban prompted him to quit, apparently for good. His live streams sometimes involve him appearing on video chat site Omegle, and most recently appeared in a fur suit, sporting a wolf head. So let’s find out: is IShowSpeed a furry? – Answered!

IShowSpeed has been streaming games and other entertainment since 2016 YouTube, growing in popularity over the past year or so. He has also been posting clips and videos elsewhere on the internet to his followers on social media platforms such as TikTok. His fiery and sometimes controversial content and offensive rants has both entertained and caused him some issues.

IShowSpeed, real name Darren Watkins Jr, started gaining a huge following after fans posted clips of him on TikTok. His live steams show him playing games such as Fortnite, FNAF 4 and NBA 2K21 and chatting to his viewers, and occasionally plays around on Omegle where he trolls others in that chat space.

During a recent stream, IShowSpeed was playing around on Omegle, wearing a furry costume (namely the head). Dressed as a wolf or fox, the teenager said hi to whoever came across his screen. Some had a pretty neutral reaction, while others were pretty creeped out by it. Most, when discovering it was Speed, were excited to see the streamer.

The aim, according to IShowSpeed, was to troll the Omegle chatters. He wanted to get some sort of reaction from them- be it negative or positive. He seemed to get trolled back, however, as a chatter using a Ronaldo filter came on screen, making IShowSpeed pull the mask up and shout happily… Until the chatter put up a meme of the streamer to taunt him.

Whatever the reaction of the chatters, IShowSpeed would rage at them in his usual way. Unfortunately some users threw racist jibes at Speed which, no matter what the person is doing or saying, is absolutely not ok. Being a furry, or just dressing as one to troll people online, is not an invitation for abuse.

We may not be seeing much more of content like this on YouTube as IShowSpeed was recently given a temporary ban. In response to the ban, the young streamer explained he would be leaving the platform for good. This is not the first time Darren Watkins Jr has had to leave a streaming platform after messing up in some way, and it may not be the last!

Whether or not IShowSpeed actually has a fursona, or wears a furry suit in his private life is not clear. This stunt, however, was purely for entertainment purposes and Speed seemed only to be dressing that way for a joke. So next time you are on Omegle, watch out for a furry wolf head and it might just be Speed trolling you!