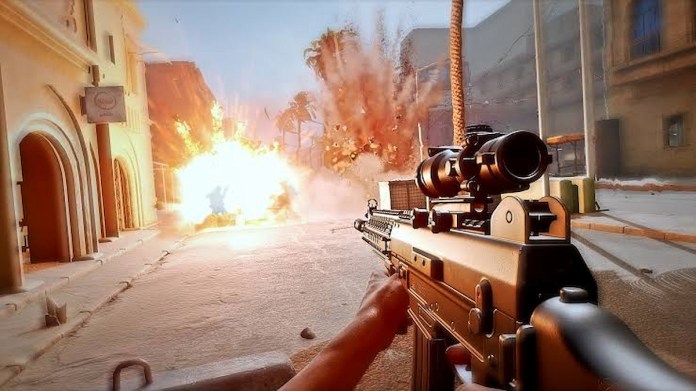 Insurgency Sandstorm is an intense multiplayer game that pits two teams together in a slow-paced, immersive, and realistic tactical first-person shooting. Unlike many other shooters where a fast-paced and intense gunfight is encouraged, this game allows players to bide their time and strategize their next move with caution.

The game also highlights realism and tactical skills that encourage units to stay together and attempt to outflank their enemies. This allows suspense to build up and increases tension as each second passes, eventually leading to an all-out firefight towards the end of the game. There is a lot to like about the game but is Insurgency Sandstorm crossplay? Let’s find out!

New World Interactive did not add a crossplay feature to Insurgency Sandstorm and went on to make it official on its FAQ page where it says, “We will support crossplay at launch for the same console systems, Xbox One-Series X/PS4-PS5. It is one of our top priorities to bring full crossplay between consoles, and we will keep you posted on that matter.”

To clear things up, this game only supports crossplay between similar platforms. PC players won’t be able to play against other console players and the same goes for both Xbox and PlayStation users. However, PlayStation and Xbox users will be able to enjoy playing with or against each other.

The developers did mention that it is working to bring crossplay across all of the game’s compatible platforms and if that happens anytime soon, players can play against themselves regardless of platform. However, there is no official date for implementing this just yet, we’ll just have to wait for official word from the developers.

Insurgency Sandstorm is currently available on PlayStation 4, PlayStation 5, Xbox One, and Xbox Series X/S. With an increased immersion and the absence of UI, players have no visual feedback of their health and ammunition, they can only rely on their instincts and game experience to tell when they’re low on ammo and health. Happy gaming!