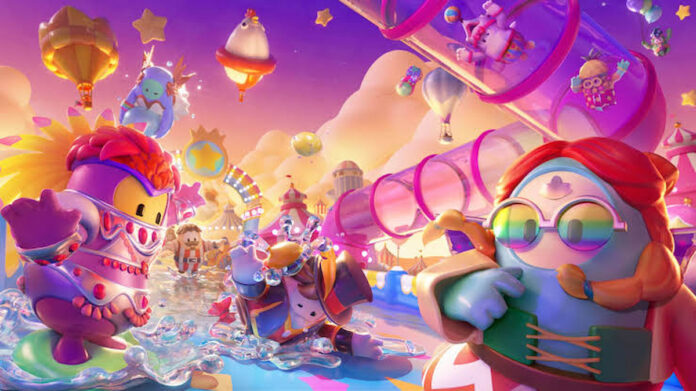 Fall Guys: Ultimate Knockout is an upcoming bean-battle royale game that first launched in 2020. Developers Mediatonic has announced that the game will be making its way to Nintendo Switch as a free-to-play title in June 2022.

The game will also be making its long-awaited debut on other platforms such as Xbox Consoles as well as the Epic Games Store.

Although the game was originally expected to arrive Nintendo Switch and Xbox Consoles in the summer of 2021 but was delayed due to the addition of its cross-play features.

The game’s transition to free-to-play model will coincide with a new season called Free For All. This new seaso will feature new challenges, rewards, events, locations, as well as “major updates to the game’s progression systems,” and a new in-game currency: Show-Bucks.

Show-Bucks can be used to buy the game’s season pass but there will also be a free progression track. Existing players however, who paid for Fall Guys will get free cosmetics in a Legacy Pack bundle as well as the Free For All season pass for investing early in Fall Guys.

Fall Guys as a free-to-play title will launch on Nintendo Switch on June 21st, 2022.

Is Fall Guys Free to Play on Nintendo Switch