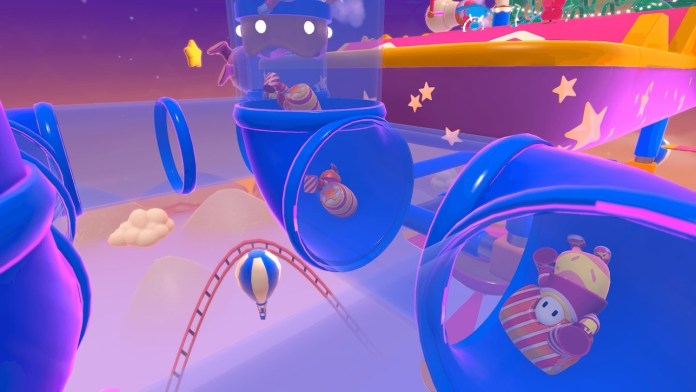 Fall Guys: Ultimate Knockout is a multiplayer-focused game, and so developer Mediatonic has been doing its best to keep players engaged with new content that is released quite frequently.

When it launched on PC and PlayStation 4, Fall Guys did not support cross-platform play, meaning that players could only play with others enjoying the game on the same platform. This changed in February 2022, when cross-play support was finally introduced.

With Fall Guys launching soon on Nintendo Switch and Xbox consoles, many are wondering if the game will be cross-play. Let’s find out.

On May 16, 2022, Mediatonic confirmed that Fall Guys: Ultimate Knockout will release on Nintendo Switch, Xbox consoles, and the Epic Games Store with cross-play support, meaning that it will be possible for all users to play the game together with those on other platforms. In addition, it has also been confirmed that the game will also support cross-progression, so you will be able to enjoy Fall Guys on different platforms and retain all of the progress you have made.

With Fall Guys also going free-to-play while launching on Nintendo Switch and Xbox consoles, the future for the game developed by Mediatonic looks very bright. How content drops will change starting June 21 remains to be seen, but we can be sure that the game will continue to be as fun as it has always been, if not even more!