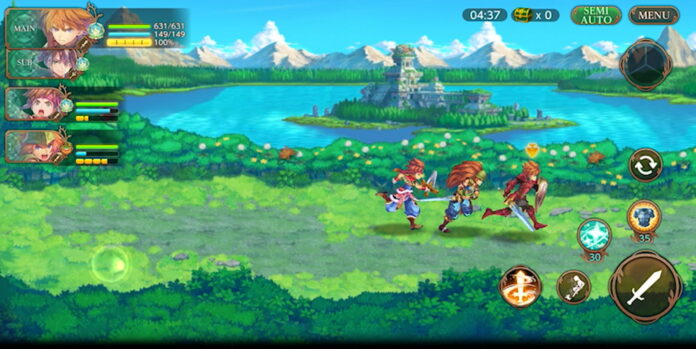 Back in the 90s, role-playing games were, for the most part, a single-player affair, but Secret of Mana on the SNES showed how introducing strong multiplayer features in an action role-playing game was not only possible but also elevated the experience to new heights.

A lot of time has passed since the days of Secret of Mana, the series changed and evolved a lot, and the latest entry in the series, Echoes of Mana, has finally landed on iOS and Android globally. Did it retain the multiplayer features seen in previous entries in the series? Let’s find out.

Is Echoes Of Mana Multiplayer

Unsurprisingly, Echoes Of Mana is a multiplayer game, featuring the same co-op mechanics seen in previous entries in the series, which allow up to three players to team up and take down all sorts of bad guys together.

Local multiplayer is no longer a thing for obvious reasons, but seeing as mobile devices are almost always connected to the internet, you should never have any trouble finding fellow adventurers with who to enjoy the latest entry in the Mana series together.

And with the game’s vast character selection, which includes newcomers as well as classic Mana series characters like the main Secret of Mana trio and Trials of Mana protagonists, you can be sure you will be able to put together some varied adventuring parties!

Is Echoes Of Mana Multiplayer