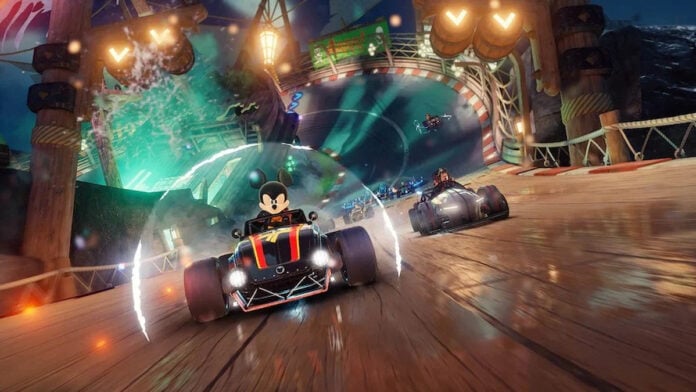 Disney Speedstorm is a kart racing game that will allow players to race with some of Disney’s most popular characters in intense Mario-kart-like battle races. You can use characters like Captain Jack Sparrow and Mickey Mouse to race against each other.

Developed by Gameloft, the popular mobile game company best known for its Modern Combat and Asphalt racing game series, Disney Speedstorm is Gameloft’s next big project for consoles and PC this time around. So in this article, we’ll be looking at whether Disney Speedstorm is a free-to-play game.

Disney Speedstorm will be a free-to-play game at launch and if you’re eager to get your hands on the game, you can go ahead and pre-register for it on the Disney Speedstorm website so you can be among the first players to play the game.

The game supports cross-platform online multiplayer and local split-screen as well. This means you’ll be able to join races with friends regardless of the platform they’re playing the game on. From the previously released promotional art and trailers, we can ascertain that the below characters will appear in Disney Speedstorm:

Some of these characters won’t be available at launch, so if your favourite Disney character isn’t on this list, chances are they’ll be added at a later date. Other than the characters, several tracks from Disney movies have been teased as well. From the likes of Pirates of the Caribbean, The Jungle Book, and Monsters Inc themes are shown in promotional material.

It is unknown if the developers will decide to bring in Marvel, Star Wars or Kingdom Hearts-themed racers and tracks. Disney Speedstorm will release later this year for PlayStation 4-5, Xbox Series X|S, Xbox One, PC and Nintendo Switch.