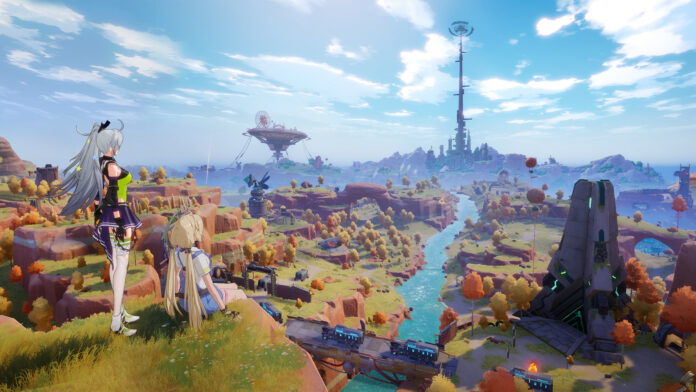 Tower of Fantasy is one of the most interesting new RPG releases and it is going to compete with Genshin Impact and other mobile game titans. There you will be able to collect different characters and if you are familiar with such a system you may want to know how good they are. In this guide, we will tell you if Crow is a good character in Tower of Fantasy.

Who is Crow in Tower of Fantasy?

There are lots of different characters that you can collect in Tower of Fantasy and if you are familiar with such games then you may want to learn more information about the game’s balance. Usually, characters in mobile RPGs tend to be unbalanced and some of them may be stronger than others. Today we are going to talk about Crow.

Related: Can You Get Characters from Black Nucleus in Tower of Fantasy? – Answered

Crow in Tower of Fantasy is some kind of a ninja that wears two electric blades. He is able to perform fast attacks and electrify his opponents. This fighter can destroy your targets effectively if you attack them from behind. Also, he gets additional bonuses if he strikes electrified targets from their backs.

Is Crow Good in Tower of Fantasy?

Crow seems like an interesting character as he is quite fast and deadly. However, it doesn’t mean that he is all might and you may want to know how good he is in comparison with other heroes.

According to the latest reports and tests, Crow is quite a powerful character that requires you to use his main feature. In order to deal the max damage, you will have to strike from the enemy’s back as Crow’s weapon is designed for this purpose. Also, we recommend you use Matrices that increase his damage furthermore.

There are lots of good characters that you can play in Tower of Fantasy and if you are not afraid of challenges then we recommend you try Crow. Good luck in your further fights!

Is Crow Good in Tower of Fantasy? – Answered