The latest update of Cookie Run: Kingdom has introduced the cute Cocoa Cookie into the kingdom. She came into the game as a part of the second half of the “Frost Witch and the Lantern in the Snow” update.

Cocoa Cookie has an adorable marshmallow hat, a warm white outfit, and a large red mug of hot cocoa. She can be seen sipping cocoa all the time. While her appearance is cute and her skills seem to be cool, you might be wondering – will she make a good addition to my team?

It’s time to find that out!

Cocoa Cookie is an Epic Cookie from the Defense Class. So this Cookie will be shielding your squad and taking damage from the enemies. By default, her position is decked at the front.

Her special skill is ‘Cocoa is Love’ wherein she spins around in a giant mug of cocoa. While spinning, she attacks enemies, restores HP for the squad, and also makes the allies immune to stun. HP is not restored for the summoned creatures like Pompon.

With her regular attack, Cocoa Cookie can restore HP for three Cookies in the team that have the lowest HP. The best topping for Cocoa Cookie will be Swift Chocolate and Solid Almond. But feel free to experiment with the toppings.

The New Year’s Party in Cookie Run: Kingdom has just begun! Check out all the sparkling costumes and other details!

However, note that Cocoa Cookie does not really attack the enemies. It knocks them back and deals little damage. You can use the Cookie in the World Exploration and maybe Tower of Sweet Chaos. For Arena battles, this Cookie may not be suitable. 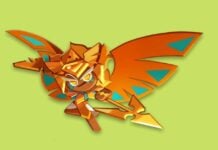 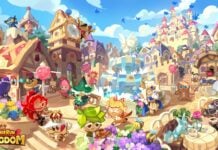 How to Get Bear Jelly Burger in Cookie Run: Kingdom