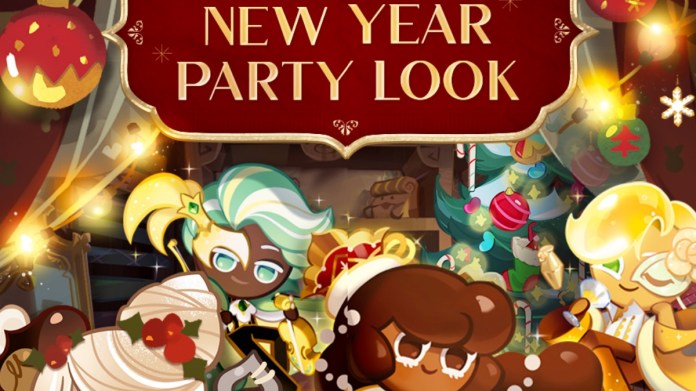 The Cookie Run: Kingdom dressing room is full of new winter-themed costumes to unlock and make your Cookies ready for the festive period. The new addition to Cookie Run: Kingdom, Cocoa Cookie, even has an Epic costume of her own. Devsisters have given players the opportunity to win 1,000 Crystals by entering a New Year’s Costume Party! Find out more details below.

The 20 new costumes include 4 Epic costumes in the Featured Costumes gacha, Palace Ballroom Special, with a higher probability:

All of the above Cookie costumes have a 1.050% probability in the Featured Costume gacha for a limited time, so gather your Rainbow Cubes and get pulling!

Devsisters have offered the chance to win 1,000 Crystals by posting a screenshot of your new costume with the hashtag #CookieNewYears on Twitter. If you are lucky enough to pull one of the 20 new costumes from the Cookie Costume gacha, take a screenshot and post it with the hashtag before December 19 for your chance to win. The 20 winners will be announced on December 24, 2021.