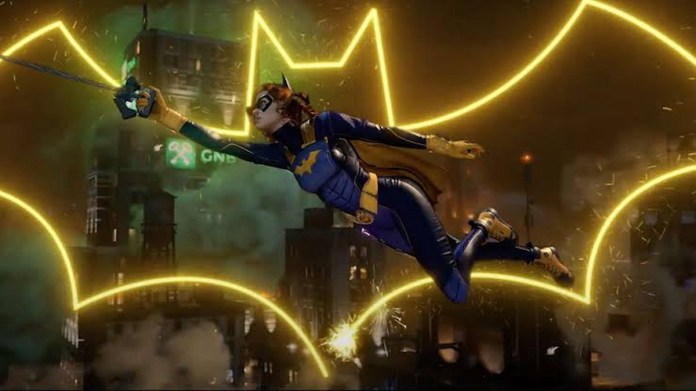 Gotham Knights is easily one of the most anticipated open-world action games coming out this year from Warner Bros. that’s set in the infamous Gotham City. In Gotham Knights, players can take on the role of four distinct characters from the acclaimed DC Comics roster including Nightwing, Red Hood, and Robin.

The game allows you to play as any character of your choice from the aforementioned four til the end of the game. You will not be able to switch characters in the game once you’ve picked the playable character you want to use. However, is Batgirl in Gotham Knights? Stick with us while we tell you everything you need to know about Batgirl being in Gotham Knights.

Is Batgirl in Gotham Knights? – Answered

YES. Batgirl is in Gotham Knights. The game takes place in a gloomy and unsecured Gotham City that’s been overrun by enemies, it’s up to the Bat Family to try and rid the city of evil, which is where Batman comes in.

In Gotham Knights, Batgirl’s real name is Barbara Gordon, daughter of Commissioner Jim Gordon of Gotham City. After being shot in a near-lethal altercation with the Joker, Barbara was confined to a wheelchair temporarily and took on the persona of Oracle.

Oracle used advanced computers to fight crime from her wheelchair and after a long rehab stint, she is back fighting crime in Gotham City on her own two legs as Batgirl. The game describes her as an Expert Hacker, Tough-As-Nails, and a Single-Target Bruiser. She can specialize in single-target melee combat or focus on survivability and even hacking skills.

The Bat family is distinct in such that each member has their own unique abilities, combat strategies and special strengths. So in Gotham Knights, you’ll be able to experience all of these characters and use their abilities separately to battle evil in Gotham City.

Batgirl is especially a good character choice for players who are just starting the game because she can pull off environmental hacking while trying to be stealthy, making her take out enemies quickly and quietly. Her stealth ability can also make her undetectable to electronic security devices such as cameras and sensors.

Is Batgirl in Gotham Knights? – Answered